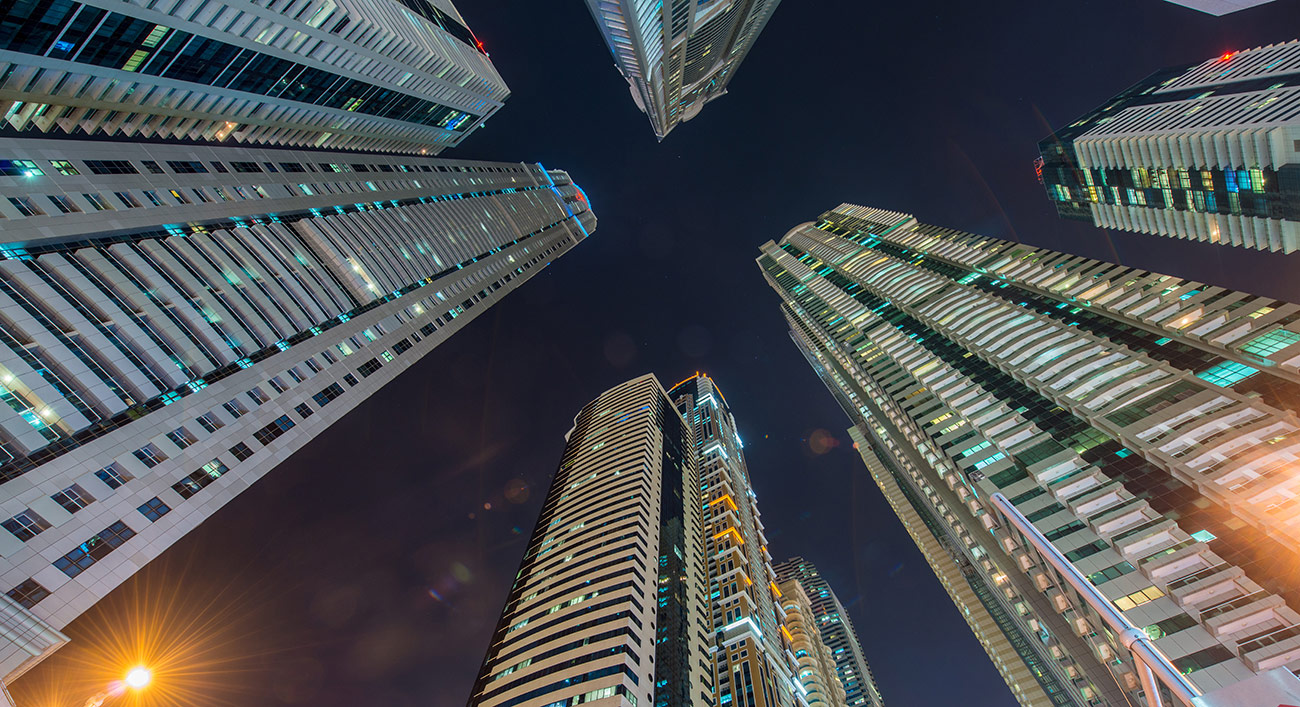 Among the most frequent complaints voiced by MEP companies is that, typically, they’re brought on-board projects far too late.

As well as addressing multiple maintenance implications and cutting costs for all involved in a project, involving MEP contractors sooner could also significantly downsize a building’s environmental footprint both in the immediate and long term.

"By 2050 it’s estimated nearly 70% of the world’s population will live in cities. It is anticipated that this incline in urbanisation will give rise to so-called ‘megacities’, each boasting a population in excess of 10 million."

For those working in the Middle East, the frustrations associated with involvement relatively late in the day are often aggravated further by the perception of a negative bias in the supply chain. Despite an open acknowledgement in the region that MEP work constitutes approximately one-third of the total value of every project, a lack of proper contracts often leaves firms feeling vulnerable and disadvantaged.

Ironically, a forecast surge in the global demand for smart buildings (and smart cities within which to house them) also predicts a sharp increase in the need for skilled MEP designers, engineers, subcontractors and other contractors.

By 2050 it’s estimated nearly 70% of the world’s population will live in cities. It is anticipated that this incline in urbanisation will give rise to so-called ‘megacities’, each boasting a population in excess of 10 million. In turn, such growth is anticipated to drive an exponential demand for smart buildings. Designed to utilise a broad range of systems installed to improve the lives of occupants and users, these structures focus particularly on reducing the consumption of energy and other utilities.  In essence, sustainability throughout the whole lifespan of a smart building is key.

For example, in a hospital or health centre, factors such as temperature, lighting and other MEP driven systems are not merely essential to making the building work. They also play a significant role in promoting better health in those that use them. Similarly, the integration of designed and engineered systems, equipment and installations can result in staggering reductions of emissions from the project’s inception to the building’s eventual redevelopment or demolition.

Despite being pioneered by Europe and America in the 1980s and 1990s, the Middle East (along with Asia) is now building more new-build smart structures than ever. Qatar, Saudi Arabia, and the UAE have allocated more than 63 billion US dollars to develop smart city projects between 2012 and 2017. This investment includes a US $22 billion project in Masdar City, 17 km from Abu Dhabi, is to create the world’s first zero-carbon, zero-waste city.

Although Western Europe is now less involved in the new build of smart structures and cities, it does lead the world in the refit and refurb of existing infrastructure. As demonstrated by this year’s ‘European Innovation Partnership (EIP) on Smart Cities and Communities’, the European Commission remains dedicated to funding and developing more environmentally intelligent urban communities across the continent.

Wherever in the world geographically and whether involved in new-builds or refit and refurb, what is clear is that MEP companies increasingly need to understand and adapt to new technology if they are to win smart build contracts.

"With the UK’s largest ever BIM survey, conducted by the NBS, revealing that 73% of respondents agreed that statutory compliance would inevitably see non-adopters struggle to win contracts, the need to be BIM compatible is clear."

Although most people now grasp that embracing and adopting Building Information Modelling (BIM) plays a fundamental role in the future of the industry, what possibly isn’t immediately obvious is how it directly knocks on to sustainability. In order to elaborate, it is perhaps necessary to view BIM as much more than a 3D model created using shared and accessible data. Instead, BIM is a wider concept encompassing the use of a broad range of technology including both software and hardware in order to manage a building’s life-cycle and not just its construction.

With the UK’s largest ever BIM survey, conducted by the NBS, revealing that 73% of respondents agreed that statutory compliance would inevitably see non-adopters struggle to win contracts, the need to be BIM compatible is clear.

However, 74% also felt that 'the industry is 'not clear enough on what BIM is yet' and only around one-third of those questioned claim to be 'very' or 'quite' confident in their BIM knowledge and skills.

Of those who have adopted BIM, more than half believe its introduction has resulted in greater cost efficiencies while three-quarters report increased coordination of construction documents. Improved productivity due to easy retrieval of information and better quality visualisations were other gains. A mere 6% would turn back the clock and regret the introduction of BIM to their organisations.

As winning contracts becomes increasingly dependent on the smart city philosophy, what’s for sure is that BIM adoption is vital to the ongoing success of MEP businesses the world over.

As well as winning MEP companies more lucrative and bountiful contracts, there is also hope that the technology and collaborative reasoning behind BIM might even lead to earlier inclusion in the construction process.

Furthermore, for companies in the Middle East, there is the hope that BIM adoption will usher in a proper contracting structure for MEP businesses.

Optimistic speculation aside, it is now clear that the BIM juggernaut is inevitable.