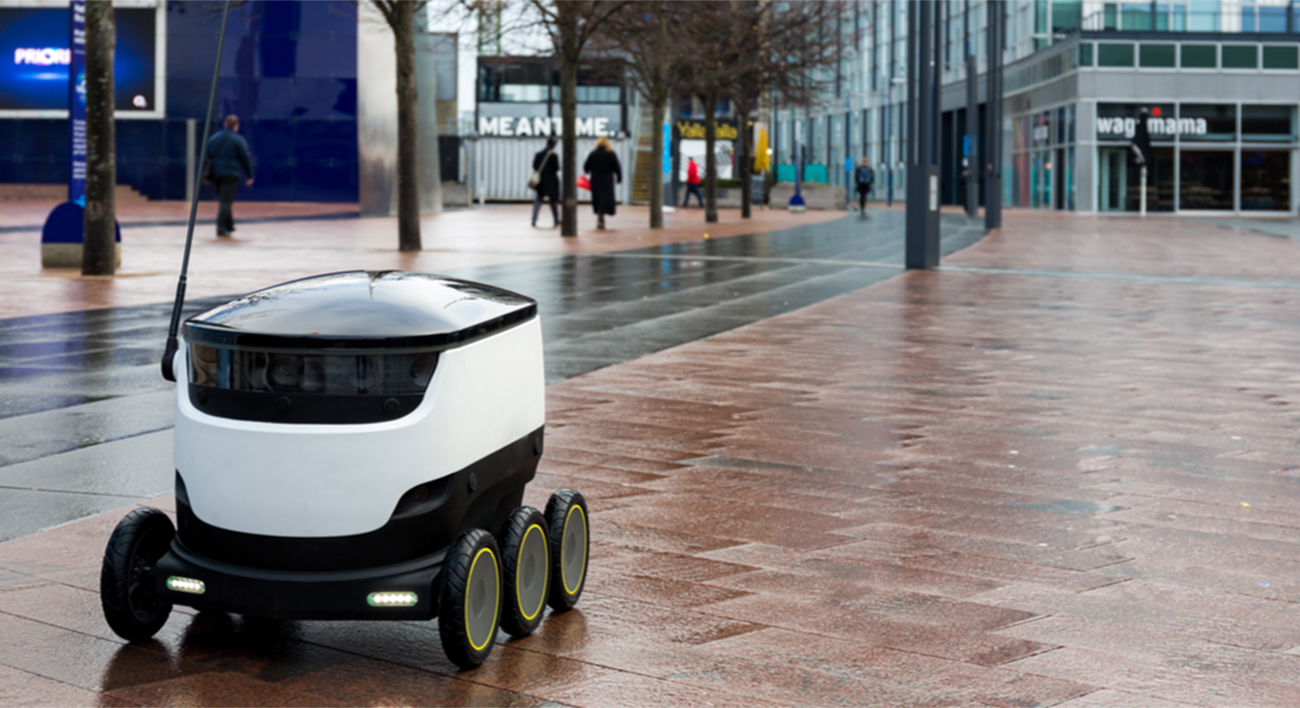 We’re living in a progressively automated world, and robots are no longer science fiction—  they’re increasingly science fact. Most technological advances come with a downside, and you might have read gloomy predictions regarding the impact of robots, artificial intelligence (AI) and automation in the construction job market.

This is a worry for many, as some experts believe certain occupations may be at risk for automation – on construction sites and elsewhere.

SAM100, for example, is a bricklaying robot designed “to work with the mason, assisting with the repetitive and strenuous task of lifting and placing each brick”. The semi-autonomous AutoSaw carpentry robot was created by researchers at MIT using a Roomba vacuum bot as a base. The point at which robots can undertake highly skilled or design-based tasks looks to be a long while off, but basic, repetitive, and dangerous tasks could well be automated sooner rather than later.

‘In a few years, builders will punch in a number for the pieces they need’

Jeffrey Lipton, author of the MIT paper that describes the work, told The Verge: “In a few years from now, builders might go to their job site, punch a number into the software, and the robots will cut and bring them the pieces they need. Just standing around and cutting lumber is not a high-skill, high-value part of their job. By creating these tools, we don’t want to replace carpenters – we want to improve safety and augment their skill set.”

Some laborers might disagree, but there’s definitely scope for robots and AI to be beneficial in a number of different ways. AI deep learning is already helping in medical diagnoses, while drones and robots are able to enter dangerous or hard-to-access locations, whether that’s assisting in search and rescue after a disaster or checking structures for damage and stress.

In the US, Amazon has been trialing delivery robots and driverless cars are becoming more commonplace. You don’t have to cross the Atlantic to witness robots in action, however. People have been filming encounters with robots in Milton Keynes and posting them on YouTube. Some are even claiming that they were chased down the street by the bots!

These people have been encountering wheeled delivery robots produced by an Estonian company called Starship Technologies. The white robots with their distinctive long antennas trundle independently around the streets of Milton Keynes. They’re still at the trial stage at the moment, but JustEat has signed up to use the robots, so if you order a takeaway in the town in the not too distant future, you might find that it is delivered by a non-human.

The robots will depart from a central depot and make their way to the relevant restaurant to pick up before delivering the food to the customer. Upon ordering, the customer will be given a code allowing them to open and access the robot’s sturdy and tamper-proof box. There will also be a feature which allows you to track the delivery progress via an app on your smartphone.

The delivery robots can safely carry loads of up to 10kg, so there is the possibility for them to be deployed with all sorts of cargo beyond takeaway food. The robots are equipped with cameras and sensors, allowing them to navigate and check roads before crossing. They’re still monitored by human operators who can take control if needed, but in trials around the world, they’ve made more than 400,000 deliveries and are yet to be involved in an accident.

Are driverless pods the transportation of the future?

Delivery robots are not the only example of automation being trialled in the UK. You’re probably familiar with the concept of autonomous and semi-autonomous vehicles like driverless cars, but driverless pods have also been tested by North Greenwich Tube station in the shape of the GATEway Project.

The initiative claims that their pods use “a combination of sensors, cameras, lasers and software to safely navigate their way between leisure sites and residential locations around the Greenwich Peninsula”.

The long-term vision is of smart cities where the pods – modelled on the units you might have seen at Heathrow Airport – taking the ‘last mile’ between major transport hubs and the suburbs. The idea being, you can alight from your local station, call for a pod on your app and enjoy a relaxing and incident-free ride on the final part of your journey.

Dr Graeme Smith, Chief Executive of Oxbotica, which is developing the electric vehicles, told the BBC that the process "needs to be like any other form of transportation. It shouldn't be a white-knuckle ride for passengers.

"We know we've got the software right when the journeys are unremarkable," he continued.

Another new development could be self-driving trains. The first autonomous train journey to travel on a mainline route in the UK took place in March 2018, after a year and a half of testing. The train in question was the Monday morning 9.46am Thameslink from Peterborough to Horsham. The whole journey was not operated autonomously, but at 11.08am the driver pressed the button that instructed the train’s inbuilt computer to take over and coast the train from St Pancras to Blackfriars.

Cynical regular rail commuters might be tempted to think that autonomous systems would present just one more potential thing to go wrong and cause yet more delays, but proponents say that self-driving trains will actually greatly improve efficiency and capacity to speed up your commute.

Gerry McFadden, Engineering Director at Govia Thameslink Railway (GTR), the firm behind the project, told Wired: “This is the biggest timetable change there has been in a generation.”

What are the benefits of self-driving trains?

Essentially, self-driving trains will remove the risk of human error, as well as the natural delays in braking and accelerating due to carrying out these tasks with mechanical precision. This will allow trains to safely travel closer together, with smaller gaps. This means more trains on the track at the same time – although if one at the front has an issue, presumably all the others will back up as well.

McFadden said that the Automatic Train Operation (ATO) system will almost certainly be standard across the UK in the next two decades and estimated that instead of 14 trains per hour passing through Central London, there could be 24 as soon as December next year.

Jim Doughty, a system integration manager, added: "The actual system is designed for 30 trains an hour so it could always go above 24. You're down to 2 minute 30 second headways [difference between trains] at 24, then two-minute headways at 30 trains per hour."

The system is not limited to applications in London either.

McFadden told the Guardian: “Self-drive technology has great potential for the rest of the country’s rail network, particularly on congested routes, and could, in the future, reduce the need for costly infrastructure projects.”

It seems we are living in a brave new world where robots can deliver everything from fast food to people themselves! Whatever the timeline, it is undeniable that the assimilation of AI and automation into our everyday lives and jobs are becoming more and more prevalent.

Which country or industry do you think is next in automation and robot deliveries? Comment below and let us know!