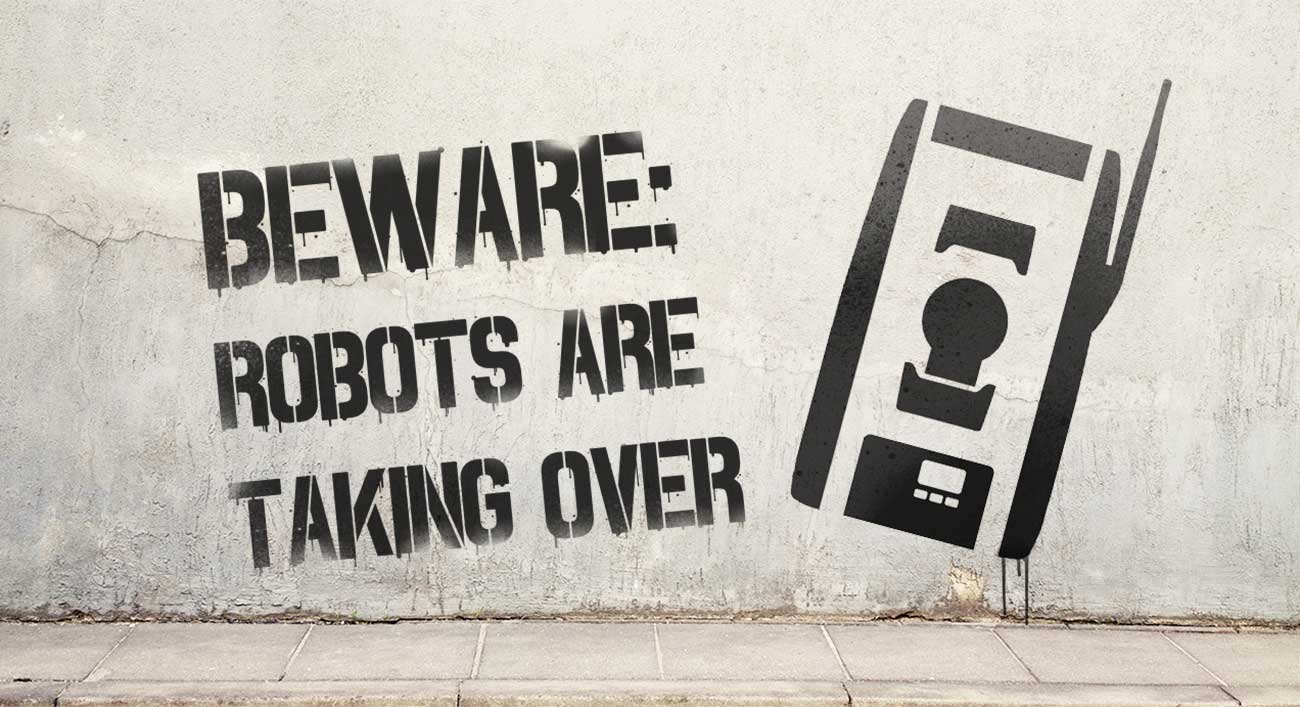 You would be hard pressed to find an industry that hasn’t been impacted by technology in one way or another and construction is no different. However the growth of the use of tech – and robotics in particular – has led to fears that our jobs are in danger and soon we’ll be consigned to the scrap heap while the latest wave of AI lays bricks and designs plans for major building projects. However, while the robots may be poaching jobs in some industries, that isn’t necessarily true for construction.

The technology that has so far been adopted by major construction firms has the potential to hugely shorten processes, lower expenses and improve health and safety, amongst a whole raft of additional benefits. Now is an exciting time to work in the field, particularly when the likes of drones and driverless vehicles are being increasingly adopted. The former can be used as an aid for a number of different tasks, most pertinently for on-site inspections and real-time updates on site logistics and the progress of projects. However, rather than taking these tasks out of the hands of construction professionals and leaving them essentially unemployed, the use of drones is actually likely to create jobs rather than destroying them. UAVs (Unmanned Aerial Vehicles) still require piloting and engineers to ensure they’re working to their full potential and while these are skills that many are unlikely to possess at the moment, they’re certainly attainable.

The same applies for driverless vehicles which are used in conjunction with UAVs to map out the best routes across large construction sites for trucks, forklifts and potentially even cranes, which can often be a complex task. As with drones, these vehicles do still require the inputting of data to ensure they operate correctly and still need the vast majority of the skills they needed when they were driven by humans, for example, people who can load materials onto trucks, or control cranes and forklifts from the ground.

"While many will still fear that their job will be stolen by C-3P0 or one of his friends, replacing professionals with robots isn't at all feasible and won't be for the considerable future."

Other developments within the industry are perhaps closer to those dreamed up in films like AI and Minority Report. One project that is still in the early stage is the use of robotic workers which has been driven largely by Skanska. It has been chosen as the lead of the Flexible Robotics Assembly Modules for the Built Environment (FRAMBE) consortium which reviews potential robotics systems that could be used for basic tasks like drilling and cutting on site. Skanska is also behind the drive to adopt ‘flying factories’, which allow for temporary facilities to be built near to, or even on sites themselves, drastically reducing transportation costs. They’re particularly useful for builds in built-up areas with little room to manoeuvre. These won’t have any effect on jobs, perhaps other than increasing the need for specialists who can design easily deployable factories that can be equally easily removed.

The firm is also leading the way when it comes to 3D concrete printing. This development can hugely speed up the process of creating and building concrete products and can even allow highly complex designs to be done quickly and simply, removing many of the challenges that builders face when working with the material. However, as with the other technological advancements mentioned above, this isn’t likely to steal jobs, it will only add to them. Construction firms will need to look for alternative skills and focus on retraining and redeploying their existing talent into slightly different roles. Where once they would have been mixing concrete themselves, they can now input designs into these ‘robots’ and let them do the hard graft.

All in all the future looks bright for the construction industry, not just for employers which will benefit from the greater use of technology within the sector, but also professionals who will work alongside the tech. While many will still fear that their job will be stolen by C-3PO or one of his friends, replacing professionals with robots isn’t at all feasible and won’t be for the considerable future. While technology may be able to work faster than many, if not all, construction professionals, it will still need switching on, calibrating and transporting to building sites. Skill requirements will change in the future, however, this is the case in all industries. The fax and photocopier salesman of twenty years ago will have had to readjust and is now likely to be the cloud computing salesman of today. Even organizations have to adapt. Nintendo, for example, started off as a producer of handmade playing cards before moving on (unsuccessfully) to a number of fields including taxi services, TV and whatever ‘love hotels’ are. It was only when an engineer brought his personal project to work that the firm even considered producing games and technology.  Skills and skills requirements change with time and as we enter the most technologically advanced period in history, it’s likely to happen more quickly than ever before. However, there’s no need to fear. In construction at least, the robots are here to help, rather than hurt us.

Paul Payne
Managing Director and Co-Founder at One Way