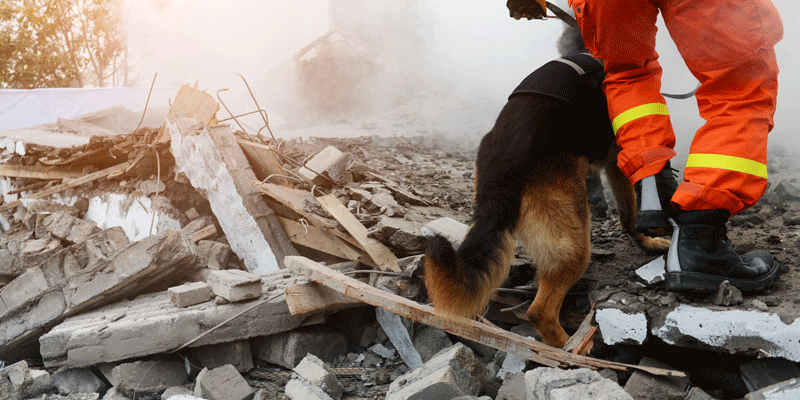 One way to mitigate the damage caused by these natural disasters is by designing and building structures that can withstand whatever climate change throws our way -- helping more people survive. Let’s take a closer look at the role and responsibility of construction when it comes to natural disasters, and how contractors can help ensure safety and stability.

The Role of Construction Before and After a Natural Disaster

Australia’s 2019/20 bushfire season was among the worst on record with direct and indirect losses upwards of $70 billion. In 2018, California broke records with wildfires costing over $12 billion in property damage and expenses related to containment. Experts estimate indirect economic losses to the U.S. economy of well over $150 billion. The 2020 season barely failed to break those records.

In 2017, the United States experienced one of the worst hurricane seasons on record. In Puerto Rico, which experienced billions of dollars in damages due to Hurricanes Irma and Maria, the total cost of recovery has been estimated at $139 billion. The Houston area was hit by Hurricane Harvey, resulting in the total loss or devastation of many area homes and businesses. The price tag for Harvey was roughly $125 billion. Incredibly, the recent winter storm in February 2021 shattered that record with potential total losses upwards of $295 billion in Texas and beyond.

The incidences of natural disasters around the world are on the rise. While individuals are often forced to pay many out-of-pocket costs after a natural disaster, the government must also pay to rebuild roads and bridges, repair or rebuild government buildings, and replenish their supplies for the next emergency. All of these costs add up, making natural disasters a very expensive force to contend with.

The Evolution of Construction

Over the last 100 years, we have seen a lot of changes to the way buildings are designed and constructed. Here are just a few examples of advancements in construction technology and how they help mitigate loss and damages caused by natural disasters.

How Construction Can Help…

Construction plays a part in the way we prepare for emergencies. Local building codes are designed to ensure that new builds can stand up to the elements and potential hazards common to that area of the country.

However, going above and beyond these codes can ensure even stronger structures that will better withstand these hazards. For example, if you live or work in California, and are in an area prone to earthquakes, it can be invaluable to do a seismic upgrade, which will better prepare your structure for what may come.

After a natural disaster, the public turns to contractors and the construction industry to help them rebuild their lives. Contractors can, in turn, go above and beyond to keep improving structures as they are repaired and rebuilt. More reinforcement, higher quality materials, and extra attention to detail can help buildings survive the next disaster.

Our ability to survive natural disasters depends largely on the stability of the structures in which we live and work.