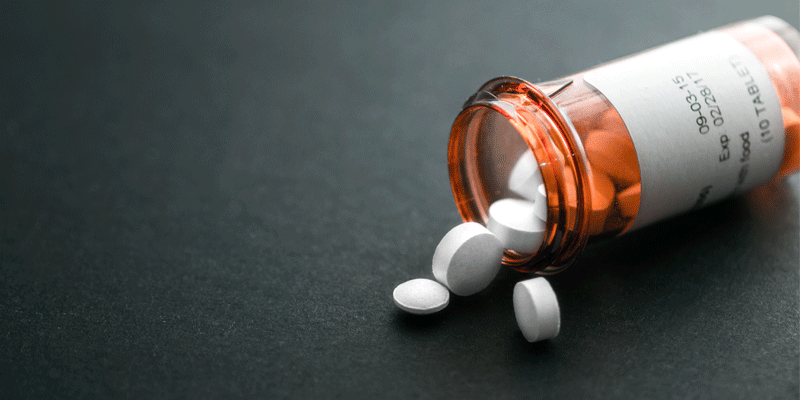 Frank is a hard working, law-abiding family man living in West Virginia.* He’s middle class, middle-aged, caucasian man who loves his family and his country. In nearly every way imaginable, Frank is just your average guy. The only thing truly surprising—  and even unnoticeable— about Frank is his addiction to prescription painkillers.

But Frank is far from alone. In fact, he is one of thousands of American construction workers addicted to prescription painkillers.

How did an unassuming, hard working, blue collar guy get to this point? And, more importantly, what does the future look like for someone who has fallen into this dark place?

In this article, we’ll unpack these questions and investigate the socioeconomic, demographic, and occupational factors that make opioids a battle amongst some construction workers.

Construction workers are well aware of on-site dangers: heavy machinery, heights, and chemical exposure are just a few well-known occupational hazards. But, one of the most dangerous parts of working in the construction industry can’t be prevented with a hardhat or safety railing.

One clear and present threat to the lives of construction workers is opioids.

Opioids are substances originally derived from the opium poppy plant, but that are commonly synthesized in laboratories due to their fairly simple chemical structure. They act directly on the central nervous system, relaxing the body and relieving moderate to severe pain. As a result, they are commonly used in medicine as painkillers, cough suppressants, and anesthetics.

One of the most potent and well known opioids is heroin, a highly addictive, illegal drug. However, the opioids family also includes several common prescription painkillers, such as hydrocodone (Vicodin®) and oxycodone (Percocet®), which most of us have taken if we’ve ever had surgery or had our wisdom teeth removed.

What is the opioid crisis?

Chemically speaking, hydrocodone and heroin aren’t very different at all— so these drugs are highly addictive. And, like heroin, the more often you use, the more you need to take to get the desired effect. As a result, accidental overdoses and physical dependence are common. In addition, recreational abuse — taking your own or someone else’s prescription drugs to achieve a ‘high’— has become a serious problem across the United States.

According to the CDC, opioids are being prescribed four times more frequently today than they were 20 years ago. Furthermore, the National Institute on Drug Abuse estimates that opioids kill 115 Americans a day, which is more than car accidents or guns.

The correlation to the construction industry might not be obvious at first, but a drug that prevents pain is a tool that appeals to many manual laborers.

Why would construction workers use opioids?

Construction workers tend to face greater physical wear due to the manual labor of their jobs. This could lead to a completely legitimate prescription to ease back and neck pain, for example. But without a careful medical plan and understanding of the potential dangers of opioid use, workers could unknowingly be set on a path toward addiction.

In the example of Frank, everything started when he fell from scaffolding on the construction site, collecting a few scrapes to go with his bruised ego. It hadn’t seemed too serious at the time, but the next morning he woke up with his back aching so badly, he considered calling in sick to work. He tried toughing it out for a few days, but finally visited his family doctor later in the week and received a prescription for hydrocodone.

That origin story is pretty typical: the construction worker is injured on the job or simply experiences the kind of occasional aches and pains that naturally result from years of manual labor. In Frank’s case — and, no doubt, for most construction workers who slip into opioid abuse — it started out innocently enough: a chemical Band-Aid to help him make it through a long day on the job.

But, it’s a vicious cycle: day after day of manual labor inevitably leads to pain, so workers find themselves relying on their painkillers more and more… and the addictive quality of opioids quickly takes hold.

Construction worker demographics and opioid use

According to Forbes, the American construction worker demographic is among the most likely to abuse opioids. This is why some experts call opioids “The Silent Killer on the Jobsite.” Roughly 21 to 29 percent of patients prescribed opioids for chronic pain eventually misuse them. An Ohio study found that 73 percent of injured construction workers in the area were prescribed narcotic painkillers.

Another contributing factor to the prevalence of opioids on job sites might come down to simple worker demographics.

The CDC found that opioid overdose is most common among  white, middle aged men:

So, not only are construction workers especially susceptible to opioid use due to the physical nature of their jobs, but they are statistically more predisposed to abuse opioids due to their age, race and gender.

In other words, the “new face of drug abuse is more likely to be your upper-middle class coworker — someone like Frank — than a shadowy figure in an alley. As a result, doctors, social workers, government officials, and leaders within the construction industry have been forced to recognize that this crisis isn’t affecting some far-off community it’s a prevailing threat affecting solid blue collar families.

Are there solutions to this crisis in the construction industry?

If you were to ask Frank, (assuming he’d be willing to talk to you about it,) you’d find the industry has done disappointingly little to offer support or assistance to construction workers who find themselves struggling with opioid addiction. For a number of years, the fear of negative perception kept leadership sweeping the issue under the rug. Until very recently, workers who admitted to having a problem with painkillers were more likely to lose their jobs than get help.

This unfortunate environment of denial and avoidance has actually made the problem worse because it’s forced most of those in need of help to face their demons in secret at risk of their reputations and livelihood. And, this has created real problems for everyone on the job site.

The dangers of on-site impairment

Opioid addiction has significant impact on job site safety. Some adverse effects of opioid use include:

Ideally, construction workers using opioids as prescribed would inform their supervisor and be assigned a non-strenuous job that does not require the use of heavy machinery. But, as we have established, many people abuse opioids privately.

Someone like Frank, who feels he can’t own up to his opioid abuse, poses a significant threat to everyone on the job site, including himself. When impaired by opioids, Frank is far more likely to navigate ledges with poor balance, enter an area without the correct safety equipment, respond sluggishly and use poor judgment when operating machinery, and much more.

Construction is dangerous enough without the hindrance of impaired workers, and everyone is susceptible to increased risk when a coworker is performing onsite tasks while under the influence of opioids.

The complications of employee drug testing

You might think universal drug screening could eliminate, or at least help reduce, opioid use within the construction industry. But universal drug testing is a complicated issue for many reasons:

This is all to say, drug testing is not the silver bullet solution for opioid use within construction. Administering regular tests will not catch most of those abusing prescription drugs, and those that are caught and subsequently fired are statistically likely to continue using.

All of this amounts to a hard truth about addiction: opioid users can be productive, well-adjusted, members of society who hold down full-time construction jobs. Opioid users are friends, parents — human beings — who are tough to spot because they suffer in silence.

Frank’s wife and best friend were both completely shocked when they finally learned the extent of his addiction. While they can look back now and identify warning signs, they were often so subtle as to be nonexistent. The fact is, Frank himself didn’t realize the seriousness of the situation he was in for a very long time.

Sadly, though, if an accidental overdose doesn’t suddenly bring the situation to light, it’s not uncommon for a user to ramp up dosage, or pivot to a different drug, as physical tolerance necessitates heavier and heavier use. Extended dependence on prescription painkillers can end up leading to illicit drug use, which is harder to hide. In Frank’s case, he started using prescription painkillers as a way of alleviating occasional pain, but his physical tolerance increased over time. Slowly, the drugs lost their efficacy, but he still needed to make it through the workday five times a week. So, he started seeking out heavier prescriptions illegally.

According to CNN, “today's typical heroin addict... is more likely to live in the affluent suburbs and was likely unwittingly led to heroin through painkillers prescribed by his or her doctor.”

From prescription pills to heroin, and everything in between, opioid addiction is a stark reality of our time. If you work in construction chances are you work with an opioid addict.

According to the DSM-5, Opioid Use Disorder (OUD) can be diagnosed if two or more, of the following 11 symptoms are present in a given year:

OUD is treatable through Opioid Replacement Therapy, which reduces the effects of withdrawal and curbs cravings by replacing a highly addictive opioid with a less addictive, longer acting, substance such as methadone. This treatment method is widely endorsed by medical professionals as an effective means of weaning individuals off of illegal opioids, reducing the effects of withdrawal, minimizing the likelihood of intravenous use, and avoiding overdose.

If you are struggling with addiction, know this: you are not alone. Addiction affects many different people from all walks of life. So, if you — or a fellow construction worker — are struggling with opioid addiction, there are resources available that can help. And if you are managing construction teams, some forward-thinking contractors are already leading the way. One example is GE Johnson in Colorado Springs, CO offering services for staff grappling with mental health and addiction issues.

*Frank is a fictional composite based on the stories of numerous real construction workers who have successfully battled opioid addiction.