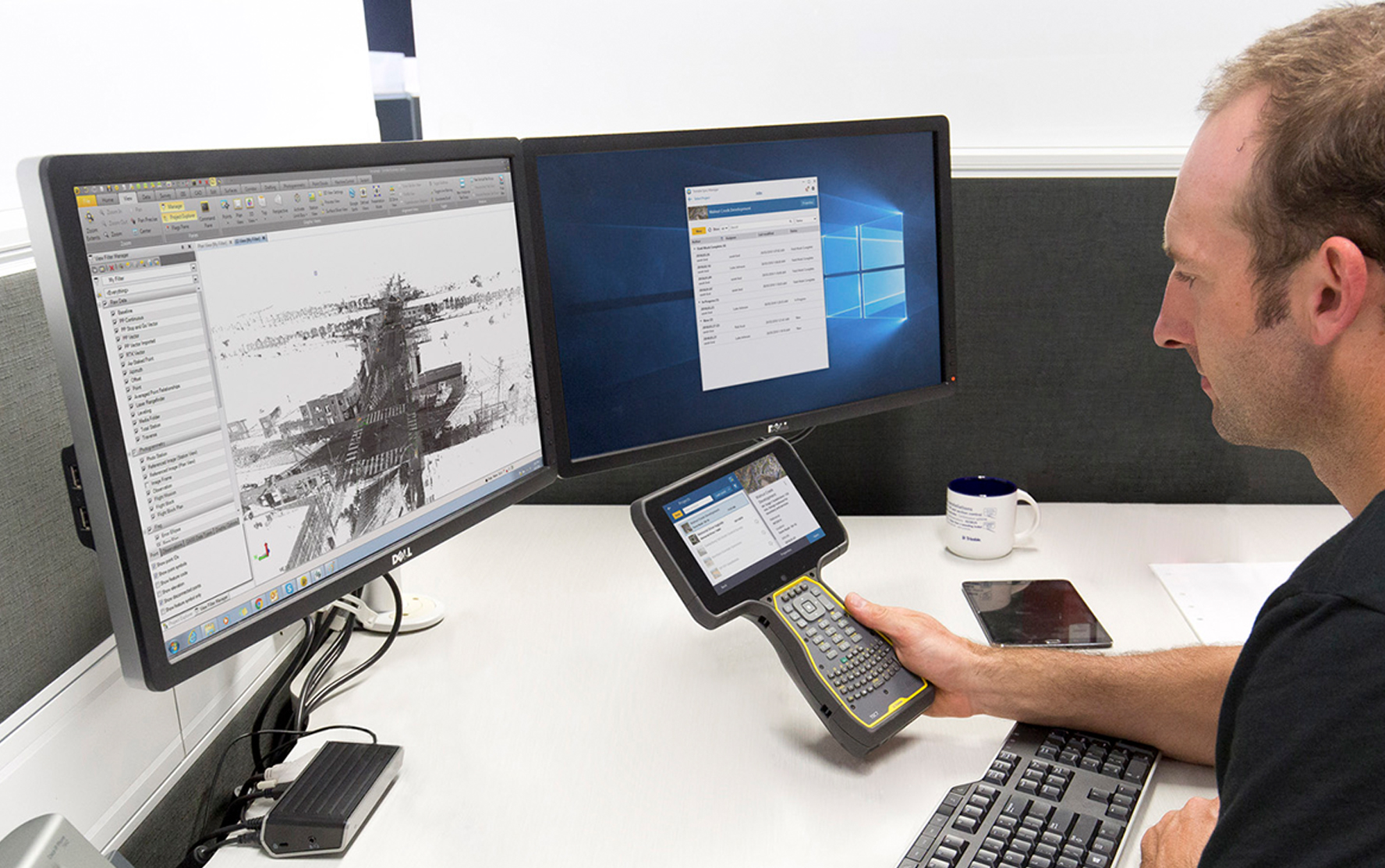 To fully grasp the radical impact of mechanization, we need to go back much further than 40 years.

A truly extraordinary innovation for our kind was the advent of hydraulic and pneumatic devices in the mid to late-19th century which led to the creation of earth-moving equipment and other apparatus that are now commonplace for our industry. These 19th-century technologies have aided in significantly reducing the time and labor required for large scale projects.

Fast forward to the early-20th century where mechanization began to be characterized by more advanced functionality and capabilities. It was around this time that we introduced cherry pickers, concrete mixers, cranes and power tools. This period also saw the emergence of the internal-combustion engine, which replaced hand shovels, wheelbarrows and working animals with the likes of forklifts, tractors, and bulldozers.

In the height of the Middle Ages, architects, draughtsmen, master stonemasons, and builders created some of the world’s most magnificent buildings using methods of design and construction that were profound for their time.

For several centuries, these methods remained largely unchanged. In the latter part of the 20th century, however, computer-aided design (CAD) emerged, changing construction irrevocably – for the first time, clashes during the design phase were rendered visible.

Previously, issues such as separate systems, electrical conduits and high-voltage alternating current ducting for example, competing for the same physical space bedeviled architects and builders, with their two-dimensional plans and section drawings.

While CAD vastly transformed the role of designers, Building Information Management (BIM) has proven stunningly versatile, allowing architects, engineers, contractors, and subcontractors to collaborate on the fine details of design and construction by using the same database and computer model.

BIM involves all project stakeholders working collaboratively on a detailed 3D model that includes all the functional systems of a structure-- such as pavement or curbs, beams and girders, HVAC and electrical installations, as well as the aesthetics of walls, arches, roofs, and rails.

Because BIM is a collaborative process from beginning to end, it allows all preconstruction parties to visualize and analyze design decisions, and pinpoint interferences and other errors, before work begins on site.

For contractors, working collaboratively saves innumerable resources, as construction doesn’t begin until every party has submitted their designs, ensuring clashes are detected and rectified quickly, easily and ahead of the ground being broken on site.

4.     Prefabrication & the Industrialization of Construction

Assembling large complex components piece by piece on-site, exposed to the elements, can be difficult. The rise of off-site fabrication has hugely increased the efficiency of this process.

For example, a massive heat exchanger fabricated in a vendor’s shop will not only arrive on site ready to be plugged in, but also benefit from better management of parts and material inventories, as well as improved efficiency and productivity. Return on investment increases, while waste and inefficiency fall.

Huge savings in schedule time are gained when components like concrete insulated panels, timber frame panels, pump units, compressors and instrument panels are fabricated in-shop rather than on-site, arriving at the latter ready to be linked up.

Prefabrication and industrialized construction are being adopted by the industry more each year. According to a Dodge Data & Analytics SmartMarket report, 90% of contractors say they achieve improved productivity, improved quality, and increased schedule certainty compared with traditional construction methods. Another 61% of participants said they expect to employ prefabrication methods in at least 10% of their projects in the next three years, an increase from the 44% using this method currently.

Mobile technology has transformed the construction industry in several ways. For  contractors one of the biggest is the improvement in project management. Using smartphones and tablets, all parties involved can work together using the same consolidated information sources, ensuring no one is left out of the loop, no matter where they are.

Mobile devices have also enabled real-time analytics in construction. Foremen can now keep track of performance, conditions, and costs during the day using reporting tools, rather than having to create a report at the end of it. Project managers can use mobile business intelligence to predict required corrections, allowing them to act straight away to keep things on schedule and within budget. And reporting apps mean all parties can access analytic insights, whether on site or in the office.

The traditional way of laying out building services on a site involves a team using building drawings and a tape measure, spirit level and theodolite – a precision instrument for measuring angles – to identify attachment points for the likes of cable trays and pipework.

This method, however, doesn’t work well with more sophisticated buildings. It is time-consuming and arduous and has a huge margin for error, which can lead to serious consequences, such as clashes with other building services and prefabricated systems that don’t fit, leading to time, money and materials being wasted.

Enter Robotic Total Stations (RTS), an electronic theodolite integrated with an electronic distance measurement that can be remotely controlled from distance. Using a tablet equipped with the relevant software, the layout can be completed by a single person, with RTS ensuring greater efficiency, improved accuracy, fewer mistakes and less paperwork, as well as reduced labor costs. This 2-minute video explains how contractors bring the precision of a 3D model onto the jobsite with a Robotic Total Station.

As the construction industry looks for ways to reduce carbon emissions, they are turning to more sustainable ways of building. This includes using sustainable building materials, such as Cross-Laminated Timber, reclaimed wood, bamboo, recycled rubber and a long list of innovative materials. Imagine a structure built from straw bales, rammed earth, Hempcrete (concrete-like masterial made from the hemp plant) or ferrock (concrete-like material made from steel dust). Some of these materials actually absorb and trap carbon dioxide, meaning they are carbon-neutral.

Using sustainable building materials is not only good for the planet, it can reduce construction costs, improve structural energy efficiency, and increase property value. With a drop in operational costs, overall construction costs are reduced by 5 to 15 percent, depending on the green material used. There are also regulatory incentives in some areas that make sustainable building more attractive.

Sustainably-made buildings are in high demand. They often have higher occupancy rates and higher rental rates than traditionally-constructed buildings. Green building materials could improve occupant health as well. When it comes to green construction, it's a win-win-win for the industry, the occupants, and the planet.

While personal protective equipment (PPE) is far less technologically advanced than the other entries in this list, there is no doubt it has contributed to revolutionizing the construction industry over the last 40 years in terms of health and safety.

For example, regulations placing a duty on employers in the UK to ensure employees exposed to health and safety risks are provided with appropriate PPE were introduced in 1992 under the Health and Safety at Work etc. Act, which commenced in 1974.

A performance review of the latter act in 2008 found that, between 1974 and 2007, the number of fatal injuries to employees in the UK fell by 73 percent and reported nonfatal injuries fell by 70 per cent.

In America, the Occupational Safety and Health Act of 1970 created OSHA. Other countries around the world also legislated PPE around the same time or afterwards.

Even with these policies in place, there is an ongoing need for safety on construction sites. Though construction workers make up only 6% of the U.S. labor force, they account for 20% of worker deaths. This highlights the need for PPE innovation. In the future PPE could even include exoskeletons and other design improvements.

Cloud computing is at the root of construction's digital revolution. Before cloud computing, project data was restricted by hardware limits. Now, you can outsource data data processing and storage to powerful machines accessible from anywhere. The result: Nearly unlimited storage and a truly connected jobsite.

By harnessing the power of cloud computing, real-time data is available to all stakeholders, making for easy sharing and collaboration. No longer is the team reliant on time-consuming in-person status checks and device storage capabilities.

Storing project data in the cloud is a no-brainer for contractors. A survey by Associated General Contractors of America in collaboration with Sage Construction and Real Estate found that 85% of contractors had implemented or were planning to implement cloud solutions. Not only does cloud computing simplify data storage and access, it protects you from data loss, damage, or theft. Secure cloud storage safeguards data while making it more accessible to the team.

Though the term was coined in 2002, the concept of digital twins and digital as-builts has been in action for decades. NASA was one of the first to use a form of the technology in the 1960s. Most notably, engineers tested solutions on a digital replica of Apollo 13 to thwart further disaster.

The use of digital twins is growing in the construction industry, as project teams move away from manual, time-consuming documentation. A digital twin or digital as-built is a virtual replica of a physical asset that gives real-time data in all phases of construction and maintenance. These digital representations can be used to predict carbon footprints, simulate scenarios, and collect real-time data via installed sensors.

In the future, digital twins and as-builts could become autonomous, learning and acting on behalf of users. Today, with the help of Building Information Modeling (BIM), they are proving to be an essential part of the digital transformation of the construction industry.

Looking to The Future

What’s next on the horizon for construction technology? Watch this space to find out – Constructible is committed to keeping you up to date on what's happening in the industry. 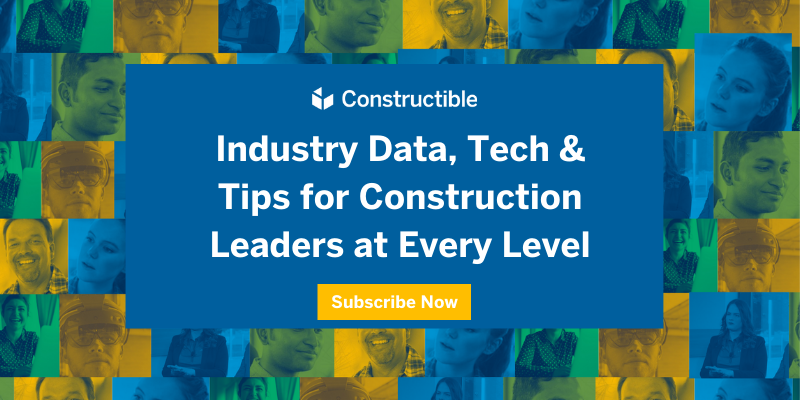