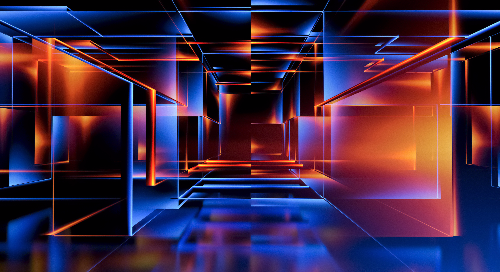 Dozens of technological innovations have had a significant impact on the construction industry in recent years, and there are many more currently in development that promise to make huge waves in the near future.

One of the biggest items on that list is mixed reality.

For an in-depth treatment of mixed reality tech, see our recent article, Mixed Reality for Architecture, Engineering, and Construction

One of the most consistent frustrations facing architects, designers, and builders alike is the inherent difficulty of clearly communicating complex information via 2D drawings or even 3D digital models.

3D modeling has improved dramatically on designers’ ability to express their concepts visually, and the adoption of BIM collaboration software and supporting tools have made it easier to get those concepts across to workers in the field. But there’s still a disconnect between studying a 3D model on a screen and looking at the physical building site or structure.

And that’s where mixed reality bridges the gap.

Combining the existing 3D model with state-of-the-art visualization tools (including Microsoft’s HoloLens headset), we can now overlay some, or all, of the model onto the real world to eliminate that disconnect. Watch the following video demonstration:

What impact is mixed reality having on construction?

The potential applications for mixed reality in construction are seemingly endless. In this video, a group from the Viedekke construction team demonstrates some simple use cases at an existing site, including:

In addition to these and many other on-site applications during the construction phase, consider the benefits mixed reality could bring to the initial planning stages of a project:

No doubt, you can come up with dozens of other ways this exciting technology could enhance your own workflow, saving time, effort, and money in the process.

Certainly, mixed reality isn’t some sort of silver bullet that’s going to resolve every issue construction pros deal with in a project. But, it is another exciting example of how technology continues to enhance the capabilities of MEP professionals in every sector of the industry, including architecture and design.

Are you ready for the mixed reality revolution?

Keep an eye on the Constructible blog for more developments as the Trimble/Microsoft partnership evolves. In the meantime, enjoy our collection of powerful BIM-related resources.