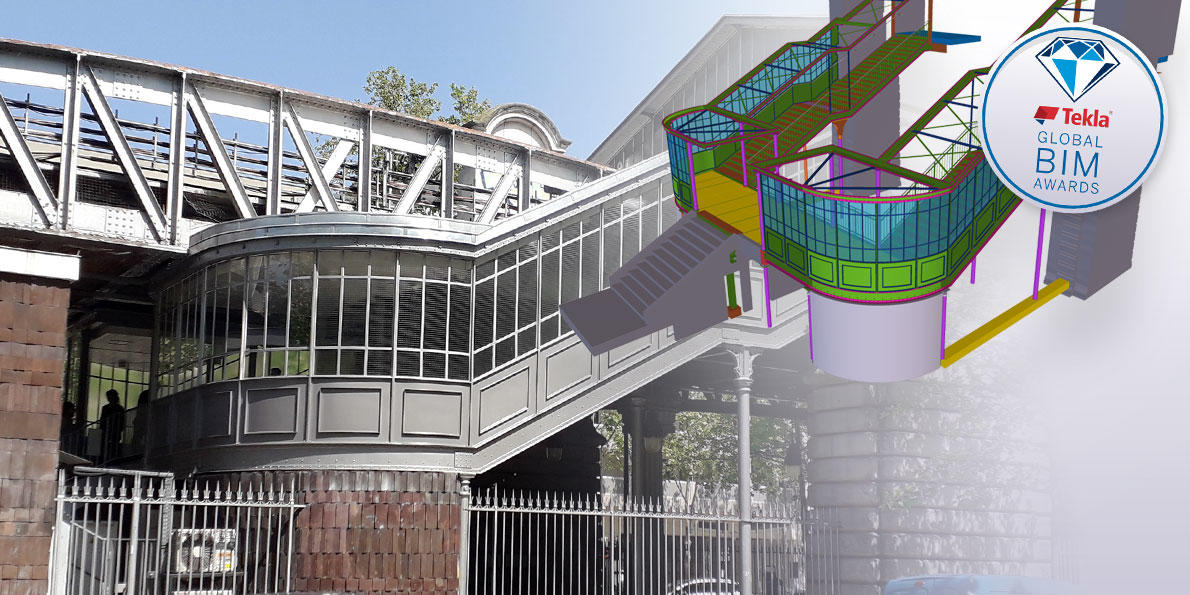 The Station La Glacière is an identical reconstruction project of the staircases of an old metro station line No. 6. in Paris, France. This project had own special challenges with its Eiffel type of structures. Also, fitting the old inaccuracy to the new accuracy in ridiculously short timescale was one of the reasons that this project was chosen as a winner of the small projects category at the Tekla Global BIM Awards 2018. 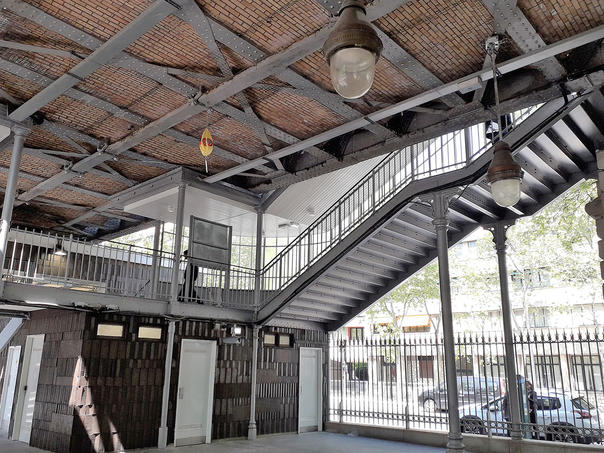 A small but complex renovation

Despite being a small project, Station La Glacière did not come without its own set of challenges. The project needed to stick to a tight schedule with short deadlines – in fact, the entire project was completed in about three months. Baudin Chateauneuf began studies using the surveyor’s statement at the end of May 2017 and then got to work on modeling, plans and tracking at the beginning of July. They demolished the existing structures and began manufacturing and assembling the new structure in time for the station’s public opening on August 28, 2017.

What’s more, because the new staircases were an identical reconstruction, the complex details of the structure needed to be visually perfect. The riveted beams of the Eiffel-type building used approximately 6,500 HRC domed head bolts and rivets in total, resulting in challenging calculations and complex assembly nodes. When it came to the stairs and guardrails, there were strict regulations: the precision of the step height needed to be accurate to the millimeter, even though the existing environment had inaccuracies of several centimeters. 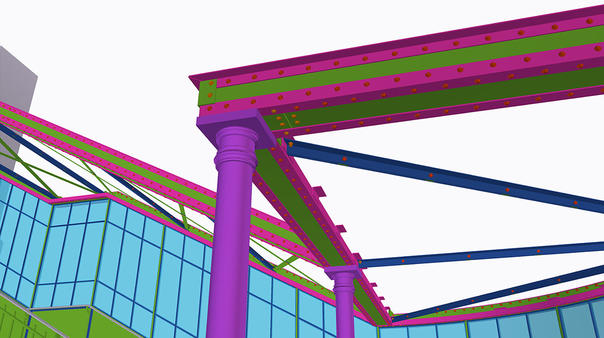 A perfect replication with Trimble BIM

Then the team modeled not only the new steel structures, but also cast-iron columns, steps, guard rails, skylights, prefabricated concrete slabs, and concrete and wood reinforcements.

"When the architect asked us to modify all the staircase bars, we were able to do it very quickly and easily with Tekla Structures," says Philippe Lesobre, detailer at Baudin Chateauneuf. 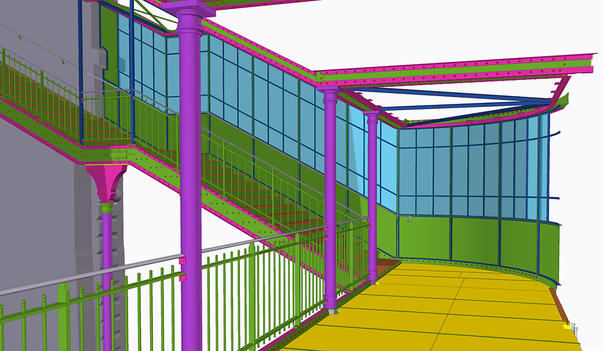 From the 3D model, the engineering team created 3D plans as well as  IFC and 3D pdf files. The other project parties were then able to view and validate these using Tekla BIMsight, Adobe Reader, and other 3D viewers. Due to the short deadlines, several manufacturing sites worked on the plots. Baudin Chateauneuf used Tekla to break the project into several sections based on the planning and manufacturing sites.

“The elegance of design for the small station is very impressive. The bolt patterns of the steel and the relationship to the new to the old is very well delineated and worked well.”

"Designers, site follow up managers and manufacturing managers are not working in the same location. The BIM methodology, and working seamlessly with the Tekla Structures software allows breaking the project into several stages depending on the planning and manufacturing sites," says Philippe Lesobre, detailer at Baudin Chateauneuf.

Tekla was used to track workflows and reinforcements, as well as assembly plans, both in the shop and on site.