According to Carl Elefante, FAIA, LEED AP, “The Greenest Building Is…One That Is Already Built.”

The greenest building isn’t necessarily the latest and greatest, highest-scoring LEED-Platinum award winner, the one on the perfectly-graded-bioswale site with access to multiple forms of transit. Not that there’s anything wrong with that, of course: we need those buildings to keep pushing the envelope, both literally and figuratively.

No, the greenest building may look nothing like that. In fact, it may have been there all along, but maybe you didn’t notice it.

In The Death and Life of Great American Cities, Jane Jacobs pointed to the “plain, ordinary, low-value old buildings” – not those that she called the “museum-piece old buildings” - as the best candidates for keeping a city healthy, diverse, and stable. There was some solid sustainability thinking behind that idea, even though Jane’s motivation was decidedly steeped in economics and the vibrancy of city life.

Each year, the U.S. Green Building Council (USGBC) reports on the previous year’s trends. For several years, green renovations have been at or near the top of the list. For last year’s report on the trends of 2016, USGBC noted that its LEED for Building Operations and Maintenance – also called LEED-EB or EBOM – was the most commonly used rating system in the top 10 states for LEED-certified buildings. That year, LEED-EB represented about 53% of the total certified square footage. In this year’s rollouts of the latest LEED upgrade, Version 4.1, the first system released this past March, was for existing buildings.

The green renovation trend is expected to continue to grow. The World Green Building Trends SmartMarket Report, also from 2016, found that 43% of US-based firms were planning to work on green building renovations over the next three years. Globally, 48% reported that they had taken part in a green renovation over the previous three years.

In his 2007 article, The Greenest Building Is...One That Is Already Built, Architect Carl Elefante, FAIA (current President of the American Institute of Architects), emphasized the importance of dealing with the existing building stock. Quoting then-current statistics about the proportion of existing versus new, he made the point that no amount of new green construction can get us where we need to go if we ignore existing buildings: “four out of every five existing buildings will be renovated over the next generation while two new buildings are added.”

Most of the structures we have right now will still be standing in 2030—  that milestone date for carbon-neutrality was set by Architecture 2030 and The 2030 Challenge. The USGBC reported in 2012 that the annual replacement rate (accounting for both renovation and new construction) is around 2%. At that rate, it will take a very long time to “build our way to sustainability.”

Measuring the Value of Old Buildings

Besides the value of the economic investment in the existing building stock, there is the obvious historical and cultural value that buildings have in their neighborhoods and communities. Think about the lost building arts and craftsmanship, the materials that we can’t get any more, and the history that an old building represents:  some of those things cannot be measured. But measuring— and, therefore— proving value is what gets people’s attention. So we keep trying to find ways to make the business case, whether it is for historic preservation or sustainability. Or, preferably, both (together).

For years, the environmental argument to keep and renovate existing buildings seemed to focus solely on embodied energy. It was one of the few things that could be measured, and therefore a key indicator to be used in proving the economic value of historic preservation and adaptive reuse.

Embodied energy is defined as the total energy used to create the individual materials and components of a building’s original construction. It also includes the transportation energy required to carry all of those bits and pieces to the building site, and the energy it takes over the life of the building to maintain it. It is often measured in units of energy such as BTUs or Joules.

There are still some embodied energy calculators and databases available online (mostly from the UK and Australia), but attention has shifted away from this energy-centered measurement to the broader impacts measured through LCA, or life-cycle assessment. LCA is also an important component in the latest version of LEED.

There is much greater value in reusing existing and historic buildings than what can be measured in BTUs. “Keeping and using old places,” wrote Tom Mayes of the National Trust for Historic Preservation, “is one of the most environmentally sound things a person or community can do.” The historic preservation and sustainability movements have much in common. So it should not be a surprise that one of the most important analyses of the economic and environmental value of existing buildings has come from the National Trust.

Advertisement by the NTHP, ca 1980

The effort to quantify the value of existing and historic buildings took a big leap forward in 2011 with the publishing of The Greenest Building: Quantifying the Environmental Value of Building Reuse. This landmark study of the National Trust’s Preservation Green Lab brought into clearer focus the reasons why we need to better understand our existing building stock. This is especially relevant when we talk about sustainability in its broadest terms, and reducing the effects on climate change and human health, in particular.

The Preservation Green Lab used LCA methodology to measure the impact of preserving and reusing existing buildings, and tied the impacts of demolition, renovation, and new construction to the impacts of climate change. The analysis used a 75-year building lifespan to compare old and new structures of similar size and complexity. It looked at six building types in four distinct climate zones where the energy and environmental challenges are quite different. What the study found was not simply that old buildings are good and new buildings are bad. The findings included a wide range of environmental savings, from 4% to 46% depending on building type, geographic location, and level of energy efficiency.  How “green” the renovation is depends on the building materials used, the energy sources, and the types of building systems selected, among other factors.

Overall, the report found that reusing buildings produced greater environmental savings than demolishing them and building new. This was largely because of the predicted long timeline (between 10 and 80 years) required by new construction to overcome its own impacts on carbon emissions and climate change. One example noted in the report is an illustration of the impact of renovations in Portland, Oregon: projected over a decade, there could be a 15% reduction in CO2 emissions if just 1% of the office buildings and single-family houses were to be renovated.

Simpler is also better when it comes to building materials: there is a greater environmental benefit from using fewer new materials in a renovation, emphasizing the importance of maximizing reuse opportunities. What the report does best is put a dollar value on building reuse. In the green building movement, we have been pushed for years to “make the business case” for sustainability.  That’s exactly what this study did by tracking the economic impact of investing in existing and historic buildings.

Although the case has been made, why haven’t many firms hopped aboard the sustainability wagon?

We already know how to design new green buildings, but how to effectively deal with older buildings is one of the biggest challenges in sustainable design. This is especially true for those structures built in the late 1940s to early 1970s when fossil fuels and cheaper, less durable materials dominated. This era of architecture represents a significant proportion of existing buildings and the biggest headache for green renovations.

Field verification of an existing building is, as every Architect and Designer knows, incredibly time-consuming with huge potential for inaccuracies. Technology has made it easier and more precise using tools like drones and 3D laser scanners.  Importing all of that data directly into a BIM modeling software allows you to register, visualize, manipulate, and explore as-built data collected from the scanner. This can save time, but it also captures critical details and allows you to visualize the intricacies of older structures.

Image showing the details that can be captured using a high-quality 3D laser scanner. This is an actual point cloud (not a photo) registered with Trimble Realworks.

For firms doing renovation projects in today’s world, adding scanning and BIM to the process is critical.

Take a look at this best practice guide for more info about scan to BIM.

We’re still learning how to improve 100-year-old building envelopes without destroying what made them last. Or how those inherent green design features that were covered up or removed decades ago were always meant to function.  Remember transom windows? — Small windows above old doors, as seen below.

They had a purpose: bringing light into a dark interior, and (if operable) letting air flow between spaces. Operable windows seemed to disappear as technologies and controls improved. We built exterior walls entirely of glass instead of heat-absorbing solid masonry, but then you couldn’t open a window. With the evolution of heating and cooling technology came better controls over the indoor environment— yet greater dependency on mechanical systems.

Recognizing and understanding built-in green features is one of the things that Architects and Designers need to learn – or relearn: what to keep and why. We used to build this way, until we gained better control over indoor environment through mechanical systems. Buildings used to rely on passive design features.

Perhaps those old buildings were greener than we thought. 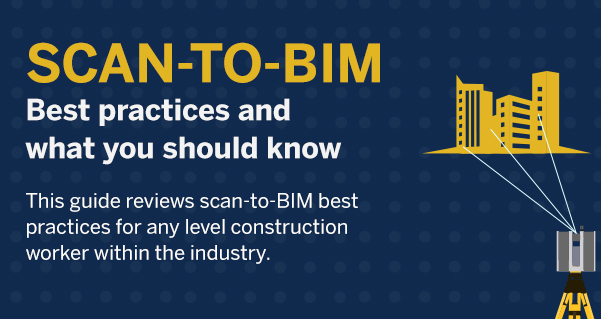