If you've been wondering “How do I create a 3D CAD Model with a 3D Laser Scanner?”, you've come to the right place.

As of late, I have been asked this question a lot, so I thought I would try to convey the answer.  I should point out that the following is an overview and not a highly detailed step-by-step process.  There are a lot of factors that will dictate such an undertaking; detail level, scanning equipment, point cloud registration software, and CAD software, to name a few.  Not knowing what your flavor of each product/software you may have or are interested in, I thought it best to keep this rather light.

Before starting, I’d like to point out that the aforementioned question is a bit of a trick question.

Check out this free guide to the evolution of laser scanning to see how things have evolved over the years.

The project that we will be highlighting in this example is an Olympic swimming pool building.  We scanned the facility with the Trimble TX5 Laser Scanner with the intent of creating a 3D CAD model, with the main focus being on the walls, ceiling, and structure.

How to Create a 3D CAD Model from a Laser Scanner

Our first step was to make a site visit and start scanning.  By setting the scanner up in six different locations we were able to collect the necessary number of points for the detail level we were after.  Each scan took approximately six minutes and due to the number of flat surfaces, targets were not used.  I need to point out that this is more of an exception to the rule than the norm.  The majority of the time you will be placing spherical targets as well as checkerboard targets to help your registration software “stich” the scans together.

Here is a floor plan shot of the building with the scan stations visible to give you a better idea of the layout. 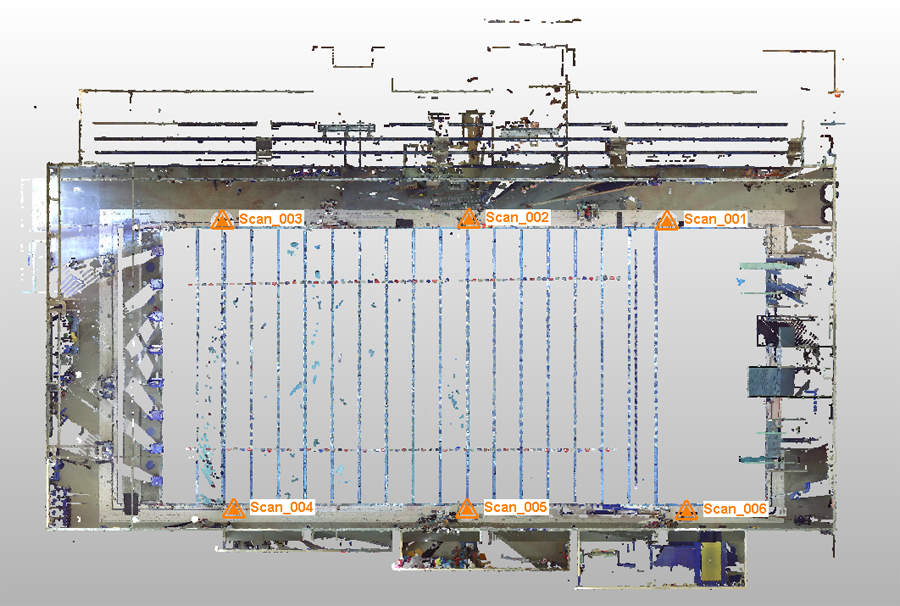 With our scans complete, our site visit was done and it was back to the office to start registering our scans.

There are several point cloud registration software options out there. We used Trimble RealWorks and really like the flexibility that it affords.  The registration process is simple with RealWorks.

The size of each scan and the horsepower of your computer will determine how long this takes, usually a few minutes each.

This is a picture of the registered point cloud.

With a registered point cloud, you can use RealWorks to make your task more manageable.  Dumping the entire cloud into your 3D modeling software, in most cases, is not possible due to the sheer size of the file.  I can use the software to segment the cloud into more bite-size pieces which are easier for my CAD modeling software to digest.  This takes only minutes with the included tools in the RealWorks software. You can request a demo here.

The image below is from RealWorks using the “Cutting Plane” tool. 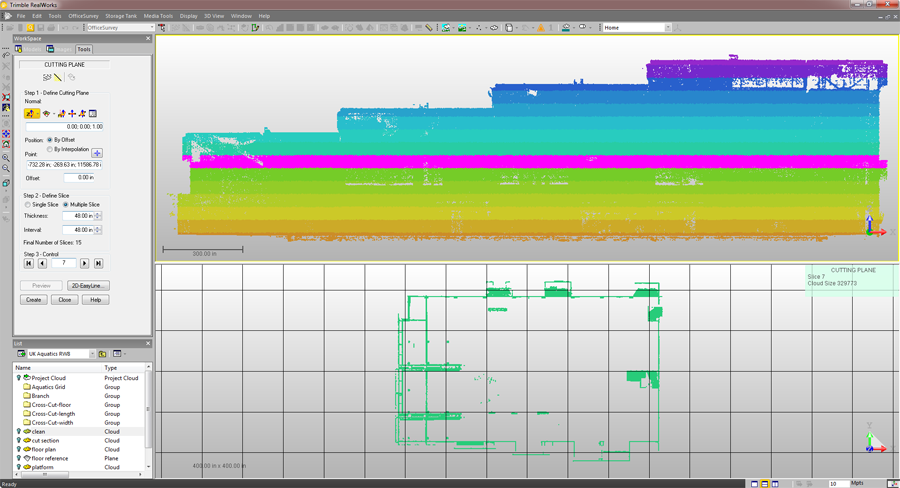 You can use this tool to generate cut sections on all X, Y, and Z axis. 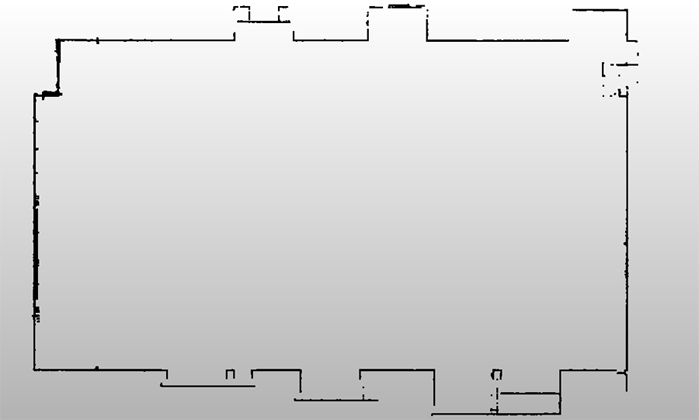 With specific sections cut out of the model, I can import them into my 3D modeling software and start modeling walls, doors, windows, structure, etc. Modeling time can vary greatly on how much or how little detail you are trying to get to out of the scan.

Take a look at this guide for the Best Practices on Scan to BIM.

The advantage of having the cut sections from the registered point cloud is that you have a template to follow.  I typically start with the easier items first; walls, floor, and ceiling.  I then go after, in this case, the structural system.  The trusses were modeled once and then copied and pasted.

Here is the completed model in Revit. 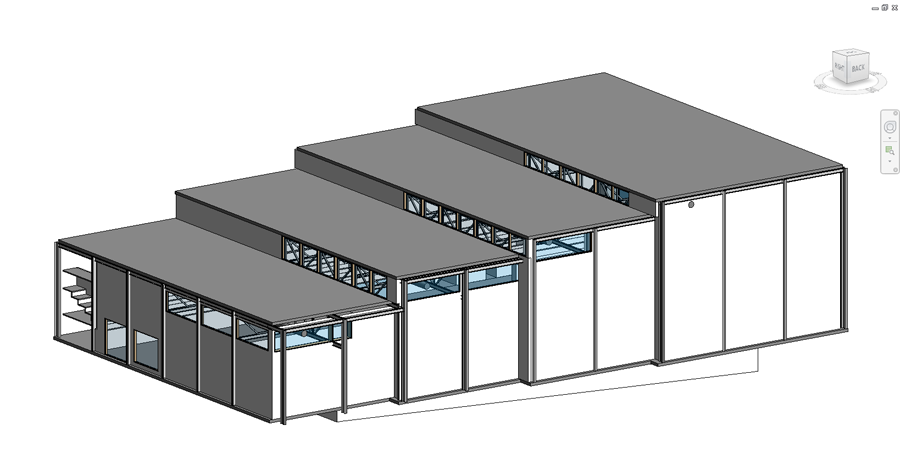 Here is the Structural in Revit. 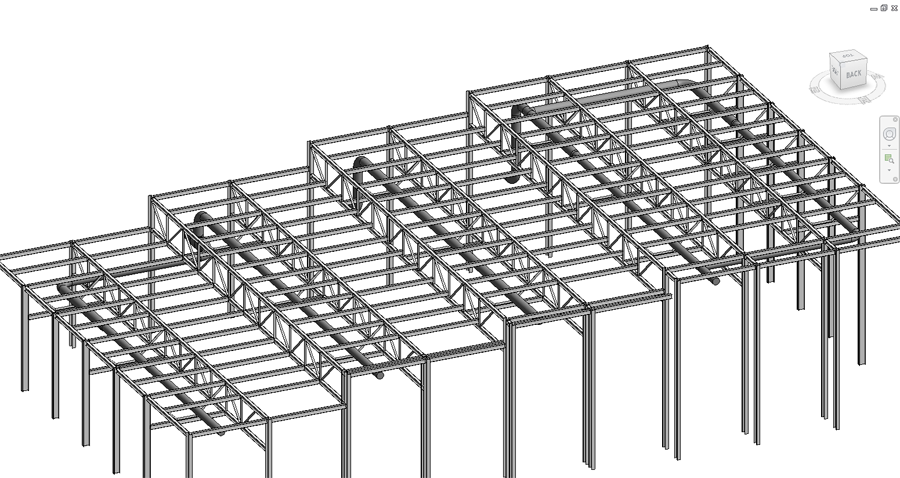 Once the bulk of the walls and structure were complete I was able to create some cut sections and a ceiling plan. 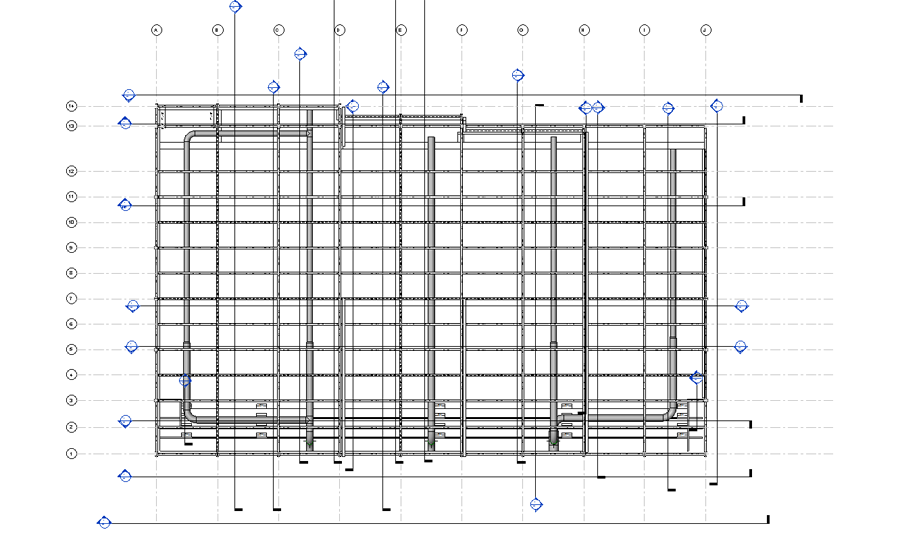 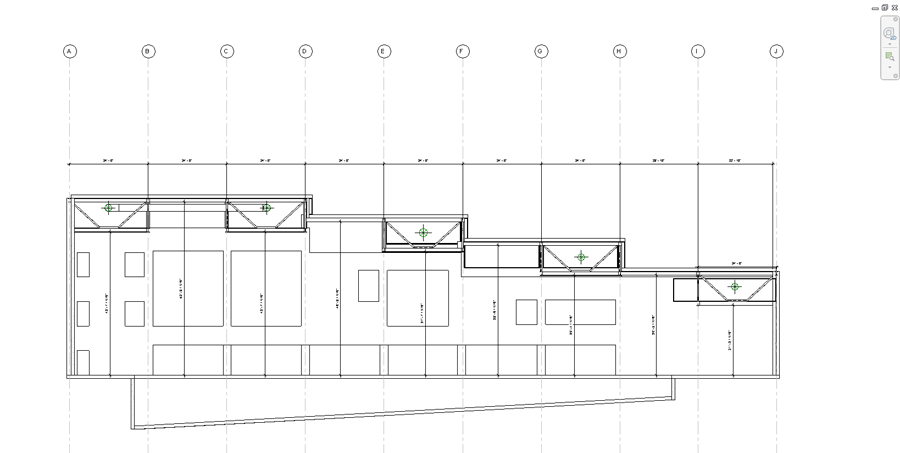 Again, this was a rather broad stroke as far as detail is concerned. However, the overall time spent on this project was not much at all compared to conventional methods of collecting as-built data and then modeling from that.  I think it’s also important to note that there was only one site visit, with the laser scanner, any and all information we needed was collected in one trip.  The time breakdown is as follows.

You can find out more about creating a 3D CAD model with a 3D Laser Scanner with Trimble RealWorks and TrimbleEdgeWise.

Interested in learning how 3D laser scanning can take your work to the next level? To stay ahead of the curve, download our free guide, Scan to BIM Best Practices.