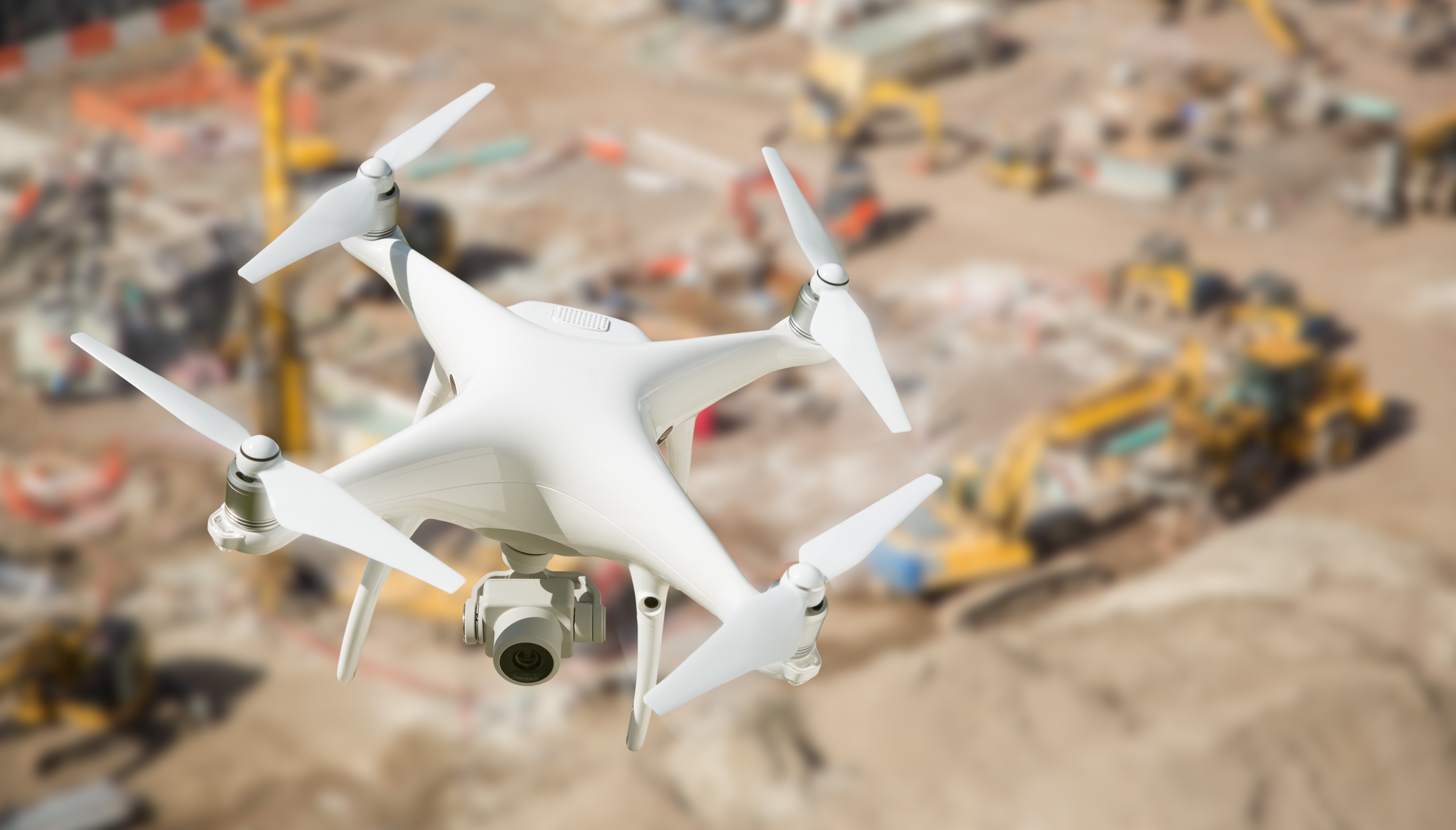 Drones were once a technology commonly associated with the military. But in recent years, these space-age flying objects have become recognizable across multiple industries – including construction.

Drones are unmanned aircrafts that are made up of light composite materials in order to reduce weight and increase maneuverability. They work by using unmanned aerial vehicle (UAV) technology, which includes aerodynamics, materials, circuit boards, chipsets, and software to operate autonomously.

More advanced drones have cameras that can capture footage of an area.

Drones are the future of construction

Land surveying usually comes to mind when people think of drones in construction. But did you know that drones are actually able to build structures, inspect job sites, and keep crew safe?

According to Dr. Drone, a drone supplier and service company, new drone technologies are allowing “data and imagery to be collected via a drone in the air, and users are able to create 2D and 3D maps, collect elevation data, and gather volumetric measurements to better plan for, build, and develop projects.” This allows managers and stakeholders to view the site in real-time, which helps keep projects on track and on budget. It’s also a convenient way to check on progress without having to step foot on site.

If that’s not enough, some new drones even have X-ray vision (seriously)! Keep reading to find out more.

According to OSHA’s injuries, illness, and fatalities report, out of 4,693 worker fatalities in 2016, 21.1% were in construction. That is, one in five worker deaths last year occured in the construction industry.

When parts of a jobsite appear to be a risk to humans, drones can fly in and perform inspections, spending less time on the job than a crew member. Some drones even include pre-programmed flight paths which can be repeated weekly, daily, or monthly, depending on the complexity of the project. This activity allows sites to be monitored remotely on-demand, making way for preventative site maintenance and ensuring safety standards are maintained.

Amazon Prime Air is a delivery system from Amazon designed to safely carry packages to customers in 30 minutes or less using drones. The private trial service has already started in the Cambridge area of England, but soon it will operate on an even larger scale.

Prime Air’s intent is to enhance services already provided to millions of customers, and the construction industry is jumping on the bandwagon— at a much smaller scale, of course.

If a construction crew is working on the top floor of a skyscraper and suddenly run out of nails, drones can be programmed or “called” to pack up the box and deliver it to workers on the top floor. This makes jobs more efficient, because workers won’t have to climb all the way down, or ask another crew member to stop what they’re doing and deliver a box.

In this example, it’s not just a matter of convenience, it’s a matter of safety. Drones are being used to reduce the risk of falls (#1 of the “Fatal Four” by OSHA), which actually accounted for more than 38.7% (384 out of 991) of total deaths in construction in 2016.

In addition, making drones responsible for simple deliveries helps firms maintain safety compliance. Fall protection in construction was actually the #1 most frequently cited standard violations by Federal OSHA in a fiscal year (2017), so putting drones in the driver seat (so to speak) reduces these citations.

By using drones for deliveries, firms can maintain better compliance, and fall fatalities could decrease drastically— or even be eliminated in the next few years.

Newer drones can actually be equipped with tools to perform common construction tasks.

Some of the “simpler” tasks include

A more innovative task? Seeing through walls (kind of like x-ray vision)

More on the drones with X-ray vision...

New technologies are actually giving drones the ability to see through walls. They use Wi-Fi signals to penetrate opaque material, creating high-res 3D maps of the unknown objects behind it. This technology can be used to create accurate 3D models of an unknown area behind a wall, or for the structural monitoring of dangerous buildings, bridges, or various structures.

Take a look at the full video showing how these drones can see through walls.

Science fiction is quickly becoming a reality and the days of what-ifs are now long gone. Any technology, no matter how far fetched, will have to suffice when workers’ lives are at stake.

Like it or not, drones are here to stay— and their possibilities fly well beyond our imaginations. We’ve noted only a few here, so what other ways are drones used in construction? What’s your prediction for drones five, ten, or twenty years from now? Leave us some feedback in the comments below.