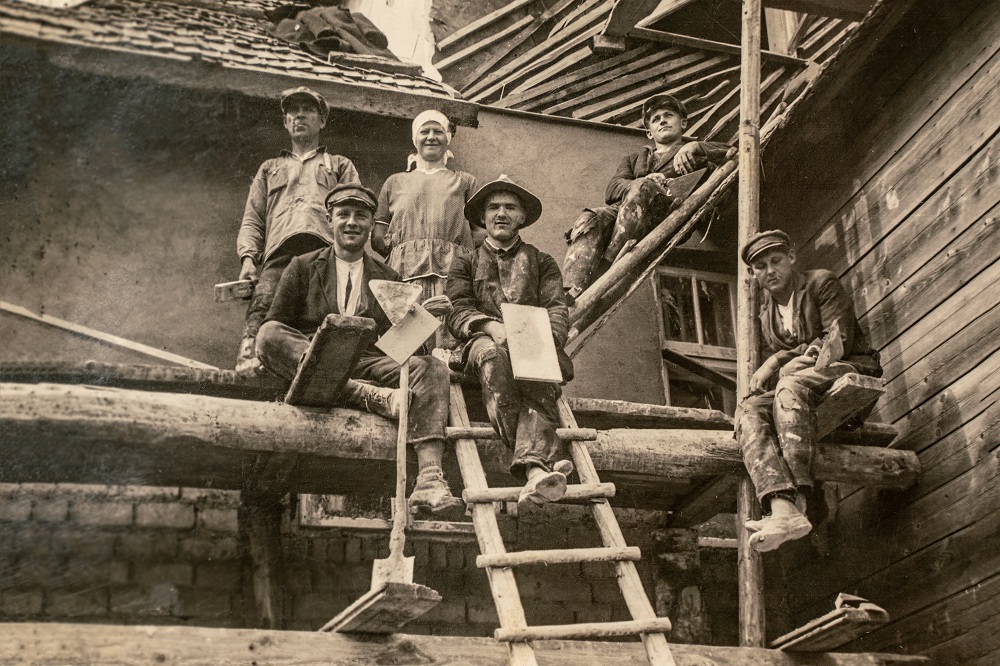 Builders sitting on scaffolding, 1920s. Image via CupofSpring on AdobeStock.

A Brief History of the Construction Industry

When Did Construction Begin?

Tracing the history of construction can be tricky since there’s no clear definition of what exactly constitutes construction. For example, can we consider pit-houses construction? What about grass shelters? Early humans manipulated their environment to protect themselves from the elements in a number of ways. These were usually temporary structures like lean-tos or windbreaks. Tools were made from animal bones and stone. Building materials included sticks and branches, grass, mud, and animal skins.

The First Evidence of Construction in the World

The temporary nature of prehistoric structures means that most evidence has long been lost to the elements. Archaeologists and historians can only make assumptions based on the clues left behind. 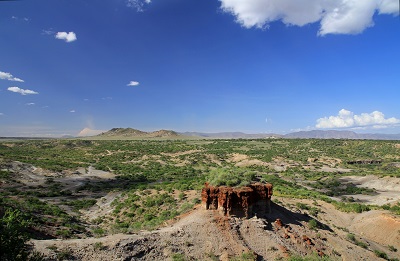 And the earliest example of one of these clues is at the Olduvai Gorge in Tanzania. There, archaeologists discovered a 1.8 million-year-old stone circle that resembles the foundations of stick or grass huts built by hunter-gatherers.

If the Olduvai Gorge site is the first evidence of construction, it predates modern humans, meaning that construction is older than mankind as we know it.

However, this is disputed, as some experts say it’s hard to know how the stone formation at Olduvai Gorge was used. Instead, many historians say that the first evidence of man-made shelter is in Terra Amata, France. Dating back to 400,000 B.C., these temporary huts likely provided shelter for early humans to use during the hunting season.

Experts also agree that the earliest evidence of large-scale buildings is in Mesopotamia. In addition to dwellings, the Mesopotamians built palaces, temples, and ziggurats, often using advanced bricklaying techniques. 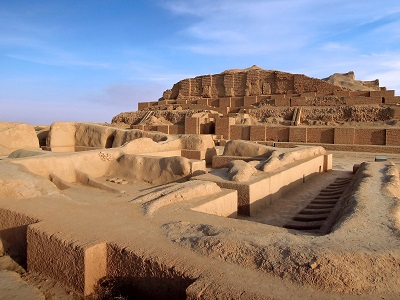 Mesopotamia is also home to civilization’s oldest known roads. In the cities of Ur and Babylon, archaeologists uncovered paved roads dating back to 4000 B.C., which were primarily used for trade.

Ancient Egypt, Greece, Rome, and China also made significant advances in construction. The pyramids of Egypt, the temples of Greece, and the imperial palaces of China continue to marvel and inspire us to this day. Imhotep, who lived circa 2650–2600 B.C., is often regarded as the first known engineer and architect. The 50,000-mile-long Roman road system stretched from Britain to Syria, and was remarkable because of the Romans’ obsession with creating the straightest possible routes between cities in their massive empire.

How Construction Has Changed Over the Years

As more people settled in cities, the scale and scope of construction grew. Humans built increasingly sophisticated permanent structures where they could live, work, and gather together, as well as the infrastructure to support sedentary living. Implementing these projects required engineers and architects, coordination of materials, as well as rules to guide construction, and the industry as we know it began to take shape in the 16th century.

Architecture and engineering began to be viewed as separate professions that required specialized education. Andrea Palladio (born 1508 A.D.) is widely regarded as the first modern architect. Known for experimentation and use of materials to suit his clients’ needs, Palladio designed palaces and country estates for Italian nobles. His work heavily influenced the architects that followed, with his use of a classical temple facade as a roofed entrance porch being the most notable. 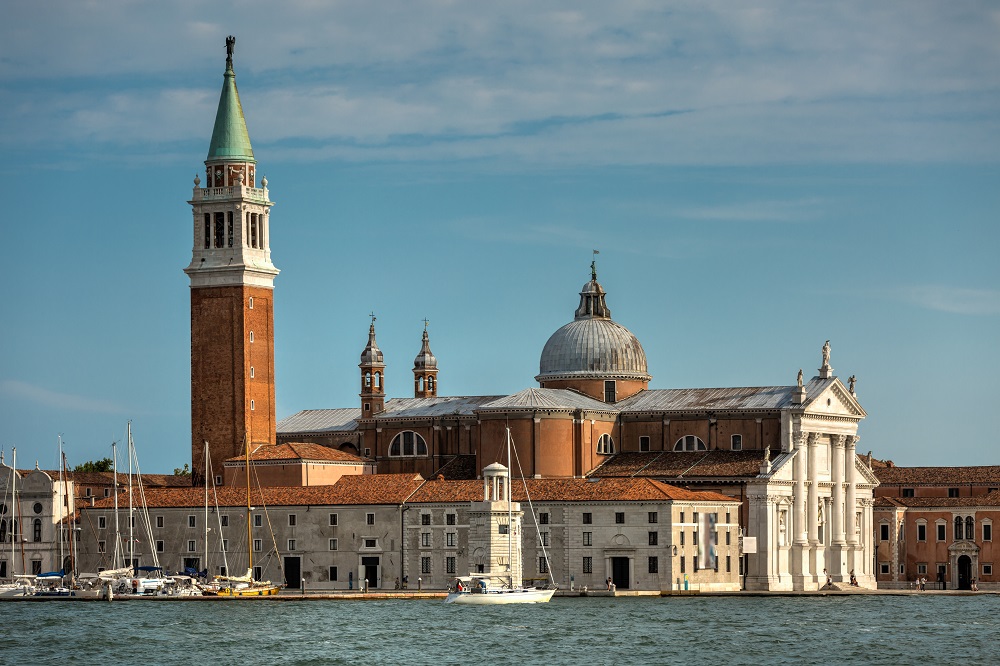 John Smeaton (born 1724 A.D.)  is often referred to as the “father of civil engineering,” and is most well-known for his water, roads, bridges, and millworks projects. His most famous project is the Eddystone Lighthouse in Cornwall, United Kingdom, which was the first structure of its kind to be built with interlocking stone. He also founded the first engineering society in the world, the Society of Civil Engineers.

The Industrial Revolution and Construction

The rise of the construction profession coincided with the rise of modern science in the 17th and 18th centuries. Scientific breakthroughs enabled architects and engineers to experiment with a wider array of materials and forms. Combined with the technological advances made during the industrial revolution in the 19th century, these innovations sparked a wave of change in  construction. 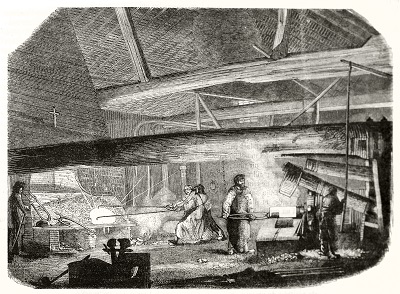 In 1709, Abraham Darby developed a new method of iron smelting that allowed for the mass production of cast iron, setting the foundation for a series of innovations:

The advances in mass production led to the emergence of prefabrication. The first modular homes were conceived in 1830. In the U.S., the Sears Roebuck company sold houses by mail-order up until the 1940s. Builders also used prefabrication for non-residential structures. Made up of glass and cast iron,  the Crystal Palace in London was first assembled in 1851. It was then taken down and reassembled in a South London suburb where it remained until it was destroyed by a fire. 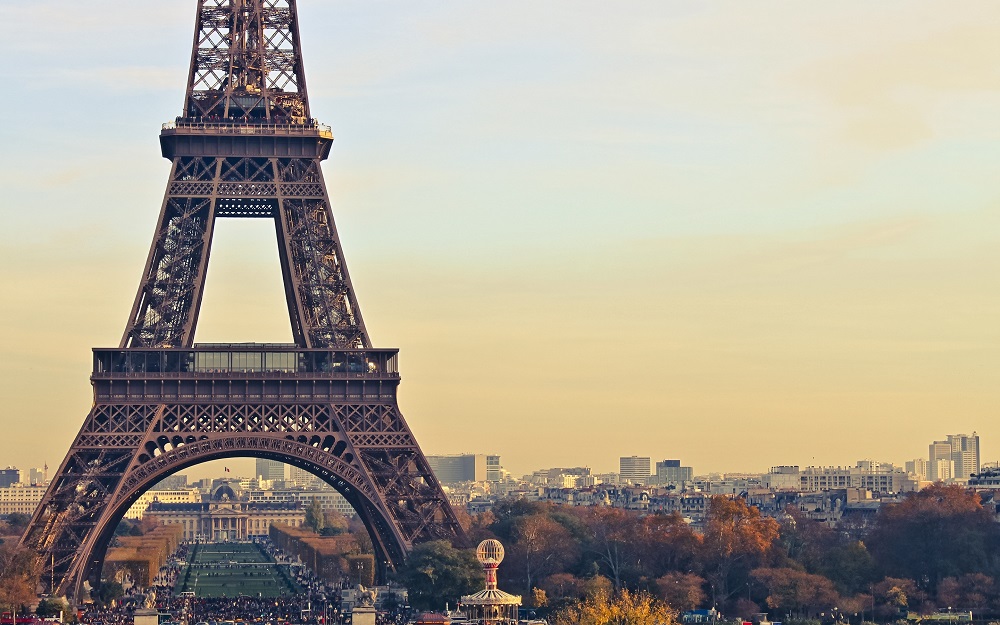 The Eiffel Tower in Paris was made up of 12,000 prefabricated components in 1889.

One  of the most impactful innovations of the Industrial Revolution was the Bessemer process, which made steel production cheaper and more affordable. From 1890 to 1895, up to 80% of steel was produced by the Bessemer process. Iron railways were replaced with steel, and by 1900, you could wrap all of the steel railways around the globe 10 times. While the Brooklyn Bridge, the world’s first major steel suspension bridge, isn’t totally made up of Bessemer steel, its builders benefitted from the overall accessibility of materials.

With the introduction of steel girders, buildings could reach new heights. Combined with the invention of mechanized construction equipment and Elisha Otis’ safer design for elevators, Bessemer steel also ushered in the age of skyscrapers. The world’s first skyscraper, Chicago’s Home Insurance Building, was built in 1885. Initially built to be 10 stories high, the building was later expanded to 12 floors in 1890.

The Modern Evolution of Construction

Throughout the 20th century, construction continued to build upon the economies of scale created during the Industrial Revolution.

In the early 20th century, skyscrapers took off completely, especially in Chicago and New York. During this “first great age” of skyscrapers, a succession of record-breaking skyscrapers were built, as each builder attempted to outdo their predecessors, and companies saw the buildings as extensions of their brand. New York City became home to some of the tallest and most iconic skyscrapers in the world, with the Flatiron Building and the Woolworth Building being two of the most notable. During this period, contractors and engineers also devised methods to improve construction costs and scheduling to make construction more efficient.

Now, massive skyscrapers dot the globe. In the late 20th century, countries in the Eastern hemisphere began building some of the most cutting-edge skyscrapers. Just as Chicago and New York’s builders competed for tallest building during the early and mid-20th century, the 21st century has seen sort of a skyscraper race among Middle Eastern and Eastern countries. The Petronas Twin Towers in Kuala Lumpur were the first record-holders for tallest building outside of the U.S. 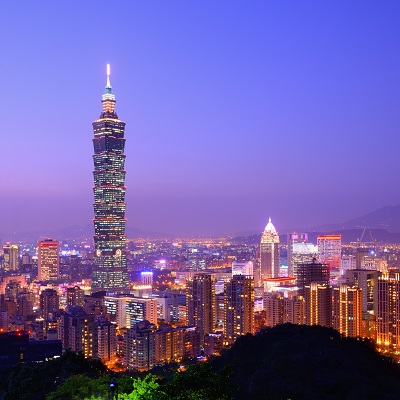 In 2003, they were unseated by Taipei 101 in ​​Taipei, Taiwan. The title is now held by the 2,722-foot-tall Burj Khalifa in Dubai, United Arab Emirates. Aside from height, some of the most innovative skyscraper builders are experimenting with architectural styles, innovative materials, energy efficiency measures, and occupant comfort.

After World War II, demand for housing exploded in the U.S., driven by the thriving postwar economy, the Baby Boom, and an influx of immigrants. Some of the mass production techniques used in the auto industry were applied to home-building, with one builder creating 30 homes per day. Many of the immigrants driving the housing boom also helped to build new houses. The construction industry has long been a vital lifeline for immigrants in the U.S. Workers from Germany, Ireland, and Asia found construction work after coming to the states, and today 2.2 million construction workers are foreign-born.

The housing boom led to the emergence of the suburbs and the highways that support them. Construction began on the US interstate highway system after the signing of the Federal-Aid Highway Act of 1956. It was first conceived by Congress in two reports released in 1939 and 1944, which highlighted a need for a system that would “meet the requirements of the national defense in time of war and the needs of a growing peacetime traffic of longer range.” The Mark Twain Expressway in Missouri was the first project to go under construction under the 1956 act.

The U.S. interstate highway system was one of many massive infrastructure projects in the 20th and 21st centuries: 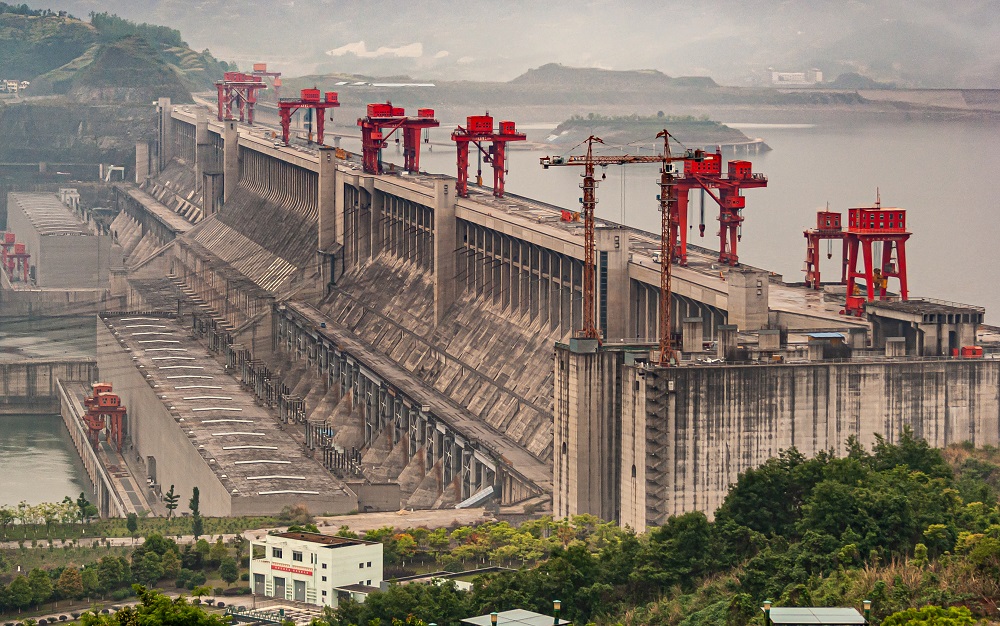 The Three Gorges Dam on the Yangtze River is probably the most influential hydroelectric project in the world.

In the 21st century, these kinds of megaprojects—large-scale, complex projects—are on the rise, promising to offer wide-scale benefits for the communities in which they’re located.

Present-Day Construction, and What It Says About the Future

Whether creating a megaproject or single-family home, the construction industry has become increasingly focused on sustainability. Society as a whole has grown more aware of climate change, the depletion of natural resources, and the human impact on natural habitats. Historically, sustainable construction has focused on the operations phase of assets. But the sustainability of construction processes is becoming increasingly important as well. Industry stakeholders are already starting to reduce the environmental impact of construction, and it will continue to be a key focal point in the future.

Digital transformation in construction is picking up, and will play a critical role in solving sustainability and other persistent challenges in the industry. Construction firms are adopting technology to improve efficiency, reduce risk, and make data-driven decisions, challenges that became even more acute during the pandemic.