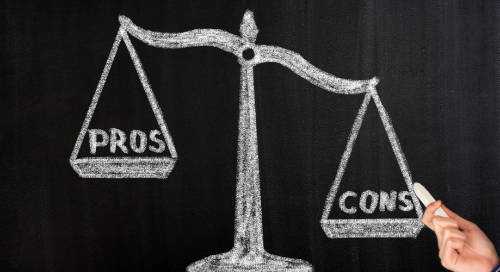 It’s exciting to be in the running for a new project. If it’s still in the very early stages, though, your first task may be developing a conceptual estimate.

If you’re like many construction professionals, producing conceptual estimates isn’t exactly something you relish. Typically, you’re dealing with nothing more than a loose project scope. To say it’s challenging to produce an accurate budget with so few details is an understatement.

Conceptual estimating doesn’t have to be so hard. Get your FREE eBook to learn more.

So how do you decide if conceptual estimates are really worth pursuing? We’ll provide a few key considerations that can make your decision clearer. But first, let’s break down why conceptual estimating is such a difficult task.

The Challenges of Conceptual Estimating

As a construction estimator, your job is to predict the labor, materials and time needed to complete a project. Based on your experience and tools of the trade, you’re expected to piece together a picture of what it will take to complete the project.

This is tricky enough when you have detailed plans. And when you take on the challenge of conceptual cost estimating, it’s even harder. With very few clues to guide you, it can feel like an unsolvable mystery. Turning a high-level idea into an actual estimate is tough work. Here’s why.

When owners come to you with a feasibility study request, it’s usually lacking many details. Fleshing out a more detailed scope and cost at this initial stage is notoriously difficult. It’s just so much harder to get to a reliable estimate when you’re working from a rough concept rather than a detailed plan. It’s like being a sculptor who is staring at a large block of marble and wondering where to begin.

Yet, you’re expected to translate an owner’s idea into a realistic budget and scope that accounts for hundreds of potential variables. You have to make many assumptions about what the owner wants when they don’t even know yet themselves.

Conceptual estimating takes too much time.

Because projects in the early stage lack a clear scope, your estimators have to make a series of interrelated assumptions without the type of specifics that inform sound decisions. It’s a recipe for spinning around in circles. Your team could end up guessing, then second-guessing, and revising decisions over and over. And because they had to start without adequate information, no amount of iterating will help them feel confident about the accuracy of their estimates.

Your estimators can only really focus on one thing at a time. So every hour that they spend on conceptual estimates steals an hour from other work. Meanwhile, if they’re bouncing between projects, they aren’t able to work to high standards. It’s frustrating to feel like you can’t win, no matter how hard you try. And it’s exactly this type of situation that creates the inefficiencies and task switching that make the work take longer than it should

You may not see a return on investment.

A conceptual estimate only allows you to compete; it doesn’t guarantee that you’ll win the deal. An owner can easily decide to hold off on their project if your estimate of the cost, scope, and budget required is more than they can take on. Your conceptual estimate may have proven valuable to the owner. But for you, it can feel like a wasted effort.

Equally possible, the owner may go with another firm. Perhaps their team imagined the project another way. Or maybe your competitor’s estimate was an inaccurate lowball. Either way, you’ve sunk time and money into the process without any tangible benefit.

Given all of these challenges, early-stage projects can feel like they’re heavy on risks and light on rewards. But before you choose to opt out, you must also consider what you give up by declining to participate.

Why Conceptual Estimates are Worth It

The reasons for not wanting to respond to feasibility study requests are understandable. But it would be short-sighted to ignore the downsides of opting out. Here are three reasons to take on the risks of conceptual estimating.

Feasibility studies are usually required for the bigger and more lucrative construction jobs. These are the type of high-profile projects that bolster your reputation and enhance your firm’s status. Taking on bigger projects can pay dividends for years after the project is complete and the profit is booked. Doing so becomes social proof that you can compete at the highest level—and your ticket to being shortlisted on future projects. As the old adage says, you can’t win if you don’t play the game. And if you don’t compete at the feasibility stage, you’re essentially choosing to lose the project.

The construction community is a small world, particularly as you move into the elite sphere of bigger projects. A decision-maker in charge of one project may control other projects, too. When you respond to their requests and help them bring their vision to life, you become a trusted advisor. Even if you don’t win a bid this time, you can strengthen the relationship by adding your perspective and influencing their decision process.

On the surface, your conceptual estimates may look like any other estimate. But if you’re simply delivering the numbers, you’re missing an opportunity. Your conceptual estimates are your chance to show an owner your ability to conceptualize their project and position you as the best company to help them build it. When done well, your estimates can help you demonstrate your experience and expertise, making you a worthy and attractive contender for the work, even if your bid isn’t necessarily the cheapest.

As the saying goes, the devil is in the details. And this rings particularly true in conceptual estimating. You’re tasked with accounting for the factors that affect project cost and doing so as thoroughly as possible. But that’s a tall order when you lack important details and reliable information to make well-informed assumptions.

The good news is there’s a better way to approach conceptual estimating. You can alleviate many of the pain points that plague your process today. And gain important features that position you as being the best company for the job, regardless of whether you’re the cheapest. A data-backed conceptual estimating and cost modeling solution will help your estimators:

There’s a better way to build accurate conceptual estimates. Get the FREE eBook to get started.